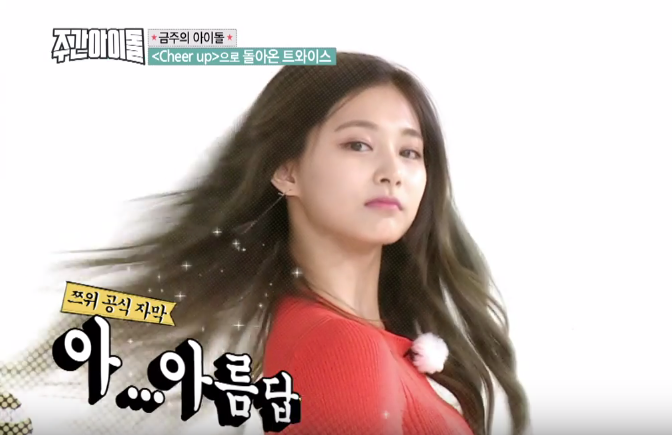 Watch: TWICE Acts Out Their Dream CFs On “Weekly Idol”

In May 4’s episode of “Weekly Idol,” starring rising girl group TWICE, the members were asked to act out their dream CFs, prompting much laughter with their cheesy acting.

MC Defconn first asks Tzuyu what kind of CF she would like to act in and she promptly replies that she would like to star in a hair dye commercial and that she wants to try lots of different hair colors. Colorful streaks are then superimposed onto Tzuyu’s hair in post-production and with the encouragement of the MCs, she performs several hair whips, inadvertently hitting fellow member, Mina, in the process. Her only line in the make-believe CF? “My hair…” But Tzuyu’s pretty locks say enough!

Chaeyoung goes next, choosing to pretend to be in a wristwatch commercial. Visibly cringing, she presents her wrist and declares, “Time is golden,” dissolving into embarrassed laughs before she can go any further. Her awkwardness is adorable! 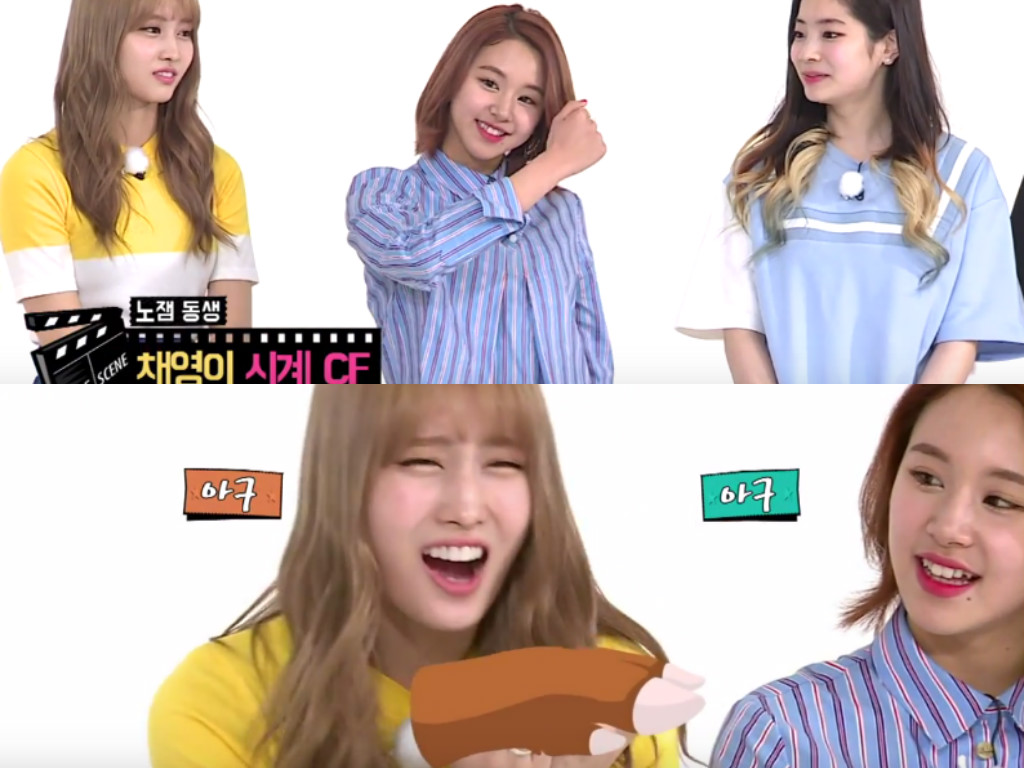 Then, Momo surprises everyone with her unique CF idea – pig feet. She cutely mimes eating pig feet then finishes by miming a phone and saying, “Call, for Momo’s Pig Feet.”

Watch the members show off their charming CF skills below:

TWICE
Momo
Tzuyu
chaeyoung
Weekly Idol
How does this article make you feel?