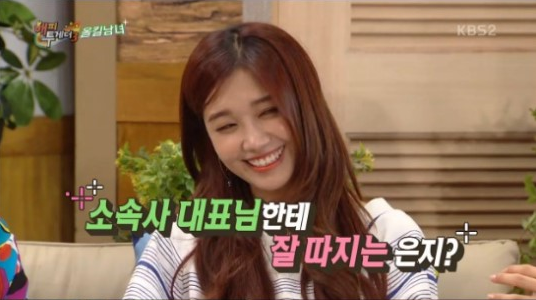 A Pink’s Jung Eun Ji (hereafter Eunji) had something she wanted to say about her agency’s boss on the recent episode of “Happy Together.”

On May 5, she appeared on the show as well as actor Lee Je Hoon, Kim Sung Kyun, Moon Hee Kyung, and A Pink’s Namjoo.

Namjoo says, “Eunji confronts our company’s CEO quite often. She is very good at talking.”

Eunji then goes on to mention something she’s been wanting to say for a while now, explaining, “When I was a rookie, I got scolded for a whole year after ordering sweet potato cheese tonkatsu. I was in the middle of managing my diet because I was a bit on the chubby side, and he claimed that I had ordered a food that was high in calories. He held on to that for a whole year.” 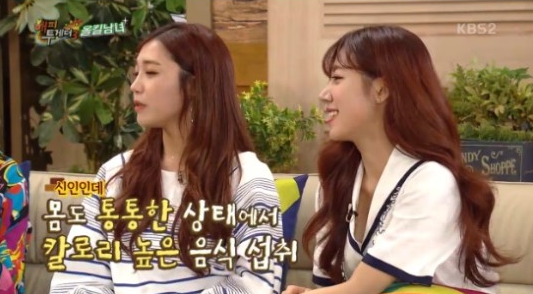 She then leaves a message to the CEO, saying, “Dear CEO, repeating that story for a year is more than enough.”

You can watch the episode on Viki:

Apink
Happy Together
Jung Eun Ji
How does this article make you feel?