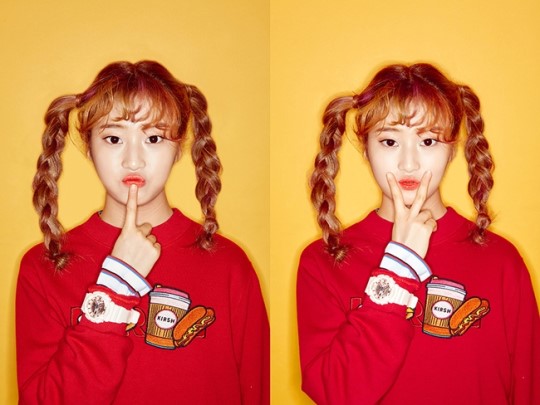 Star Empire trainee Han Hyeri has landed a gig as a cosmetics model prior to her official debut.

Han Hyeri, who competed on on girl group survival show “Product 101” and finished in twelfth place, has been courted by the advertisement business since the close of the show.

According to her management agency Star Empire on May 5, Han Hyeri has been chosen to be the muse of a beauty brand.

In the revealed cuts from her photoshoot, Han Hyeri is sporting her trademark pigtails while she models natural and youthful makeup looks.

Meanwhile, Han Hyeri is preparing as a trainee to debut in a girl group some time this year or the next.