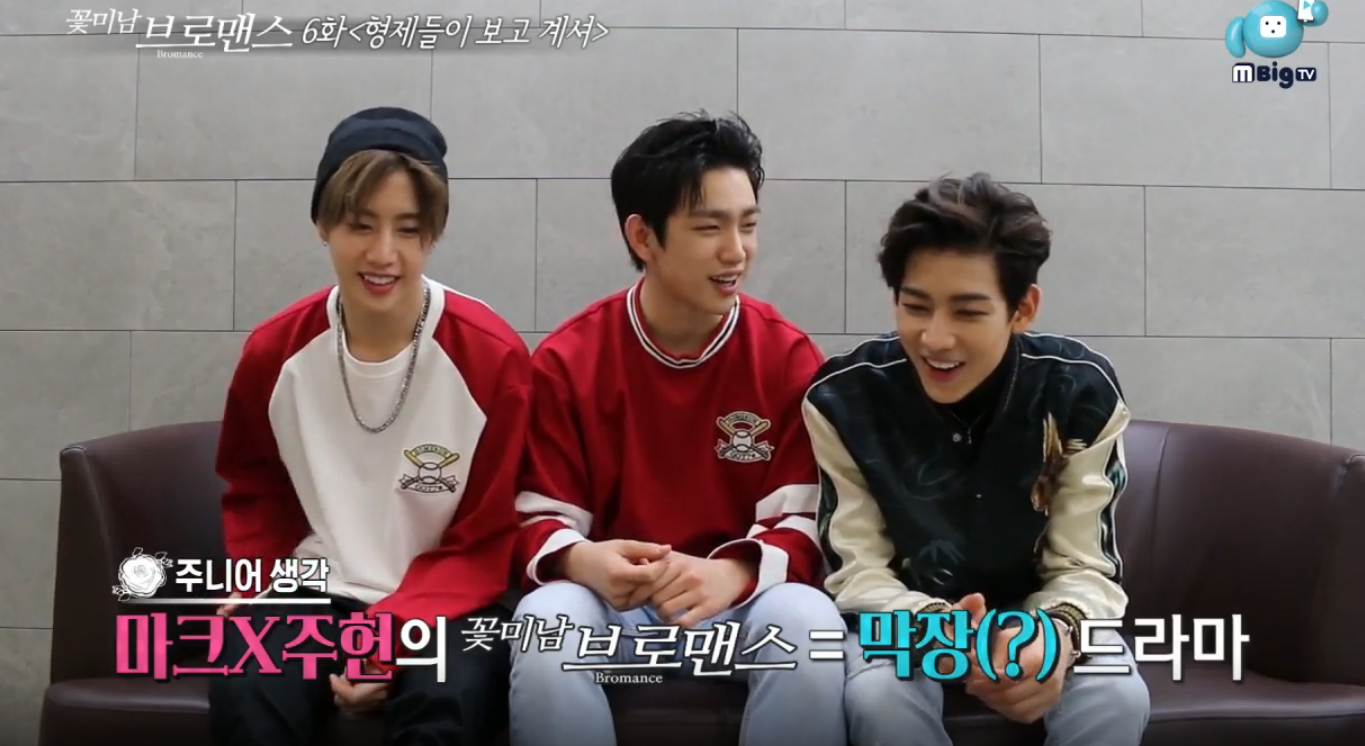 Watch: GOT7’s BamBam, Junior, And Mark Choose Who They’d Want To Star With On “Celebrity Bromance”

On May 5’s episode of “Celebrity Bromance,” GOT7’s Mark, Junior, and BamBam sit down to watch some of the footage of their bandmate Jackson and MONSTA X’s Jooheon on their bro-adventures.

The guys reveal some insights into what Jackson’s like in real life, explaining that he’s cheerful but also likes to talk about serious things. But they say that since he wants to entertain people on television, he keeps that serious side of himself off camera.

As they watch Jackson take off layers one by one at a restaurant, they also joke about how Jackson is always taking off his clothes and fishing for compliments about his body.

Junior later asks the others, “Who would you want to do this show with?” BamBam thinks for a second, and then says he’d want to do it with actor Kim Woo Bin. “My mom likes him!” he says with a laugh. 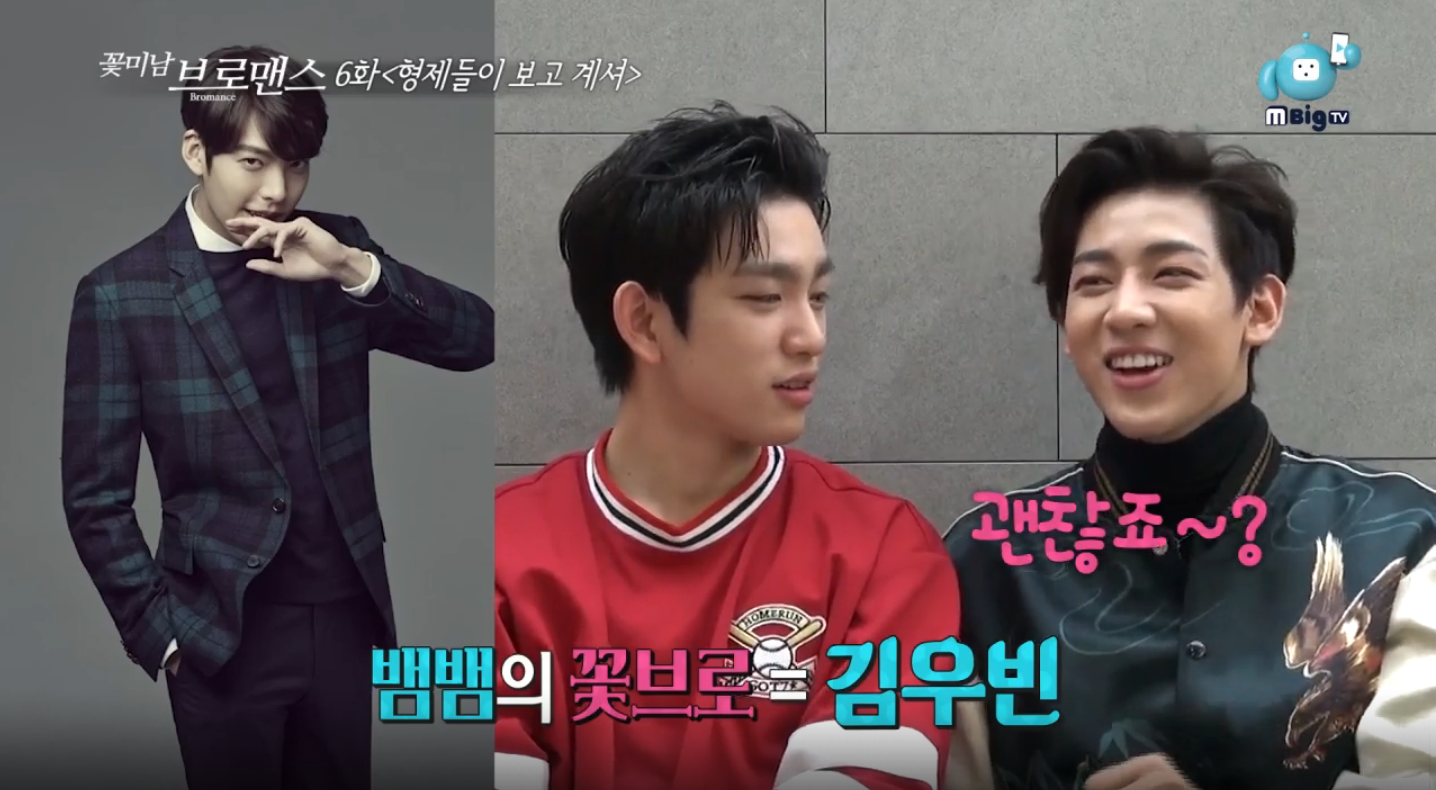 Junior says he’d like to go on the show with 2PM’s Wooyoung. “He has a good sense of humor,” he explains. 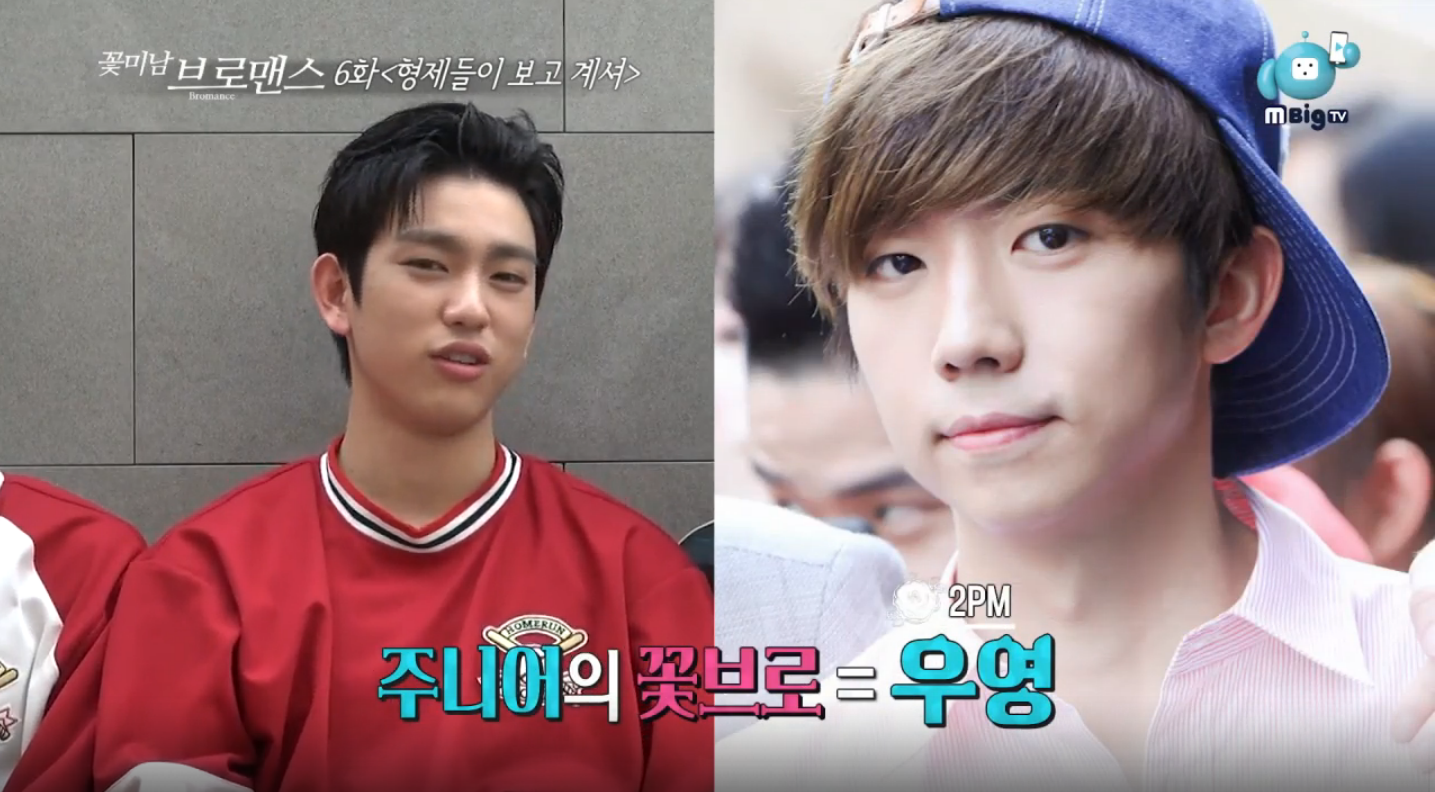 Mark doesn’t have any ideas about who he should be on the show with, so the other two say he should be on “Celebrity Bromance” with someone who’s really talkative. Junior suggests Kwanghee, and BamBam thinks that’s a great idea. 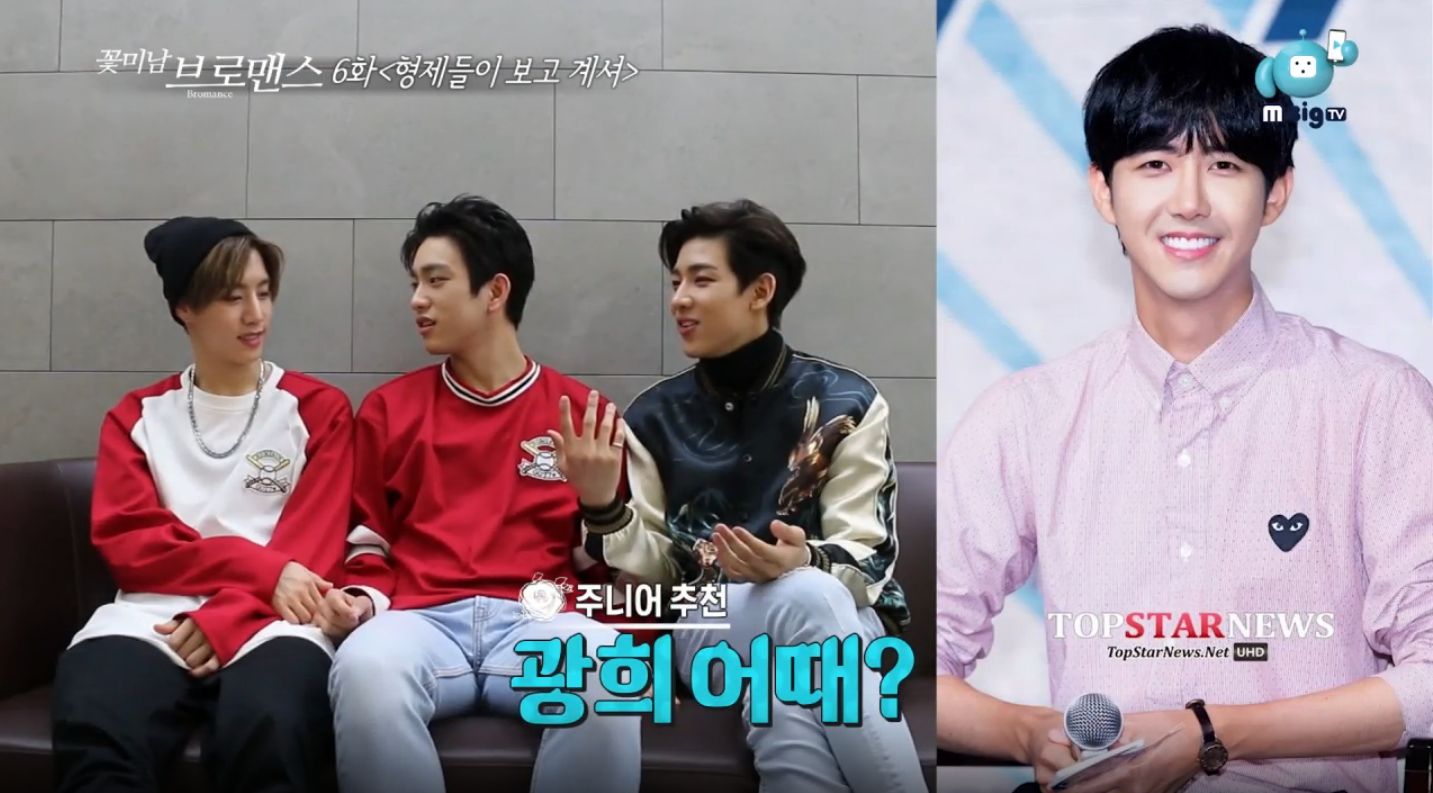 BamBam also says Mark could be on the show with someone quieter than him because it would make him talk. He also disappointedly says Mark would have been good with his friend BTS’s V, who already did the show with Kim Min Jae.

Watch the full episode of “Celebrity Bromance” below, and be sure to turn on English subtitles!

GOT7
MONSTA X
Jackson
BamBam
Jooheon
Junior
Celebrity Bromance
Mark (GOT7)
How does this article make you feel?