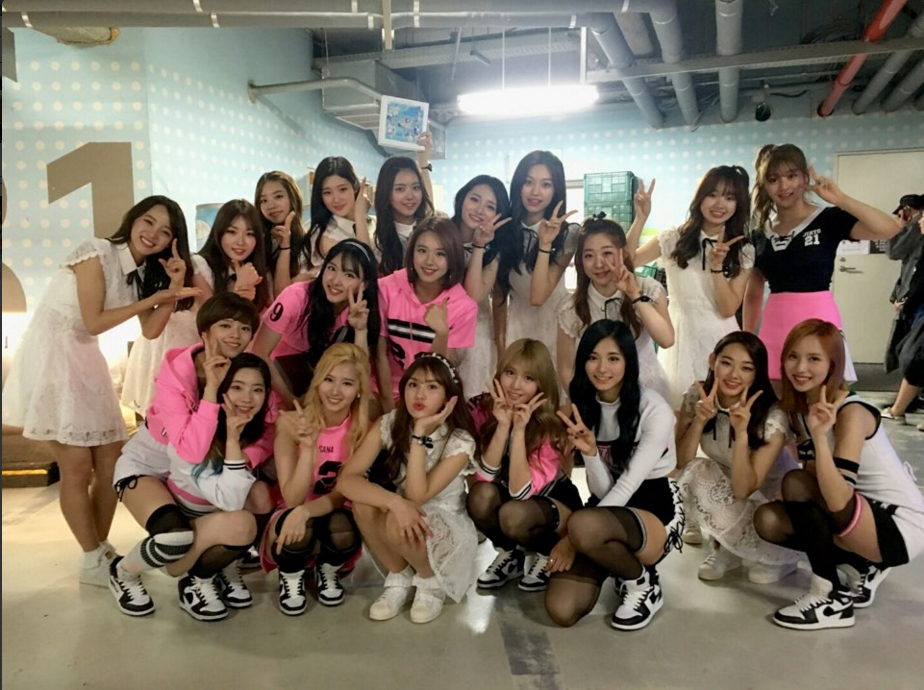 TWICE and I.O.I Share A Cute Backstage Photo From M!Countdown

The two groups share the unique distinction of being created through a girl group survival program on Mnet. As JYP’s Jeon Somi had appeared on both shows, she is close to members of both groups, and was even seen hugging Twice members on stage following the winner announcement.

As seen in a behind the scenes video, both groups were able to meet after the show. I.O.I appears after about a minute into the video below.

Hopefully we will be able to see more interactions between the two groups in the future!

TWICE
I.O.I
M!Countdown
How does this article make you feel?