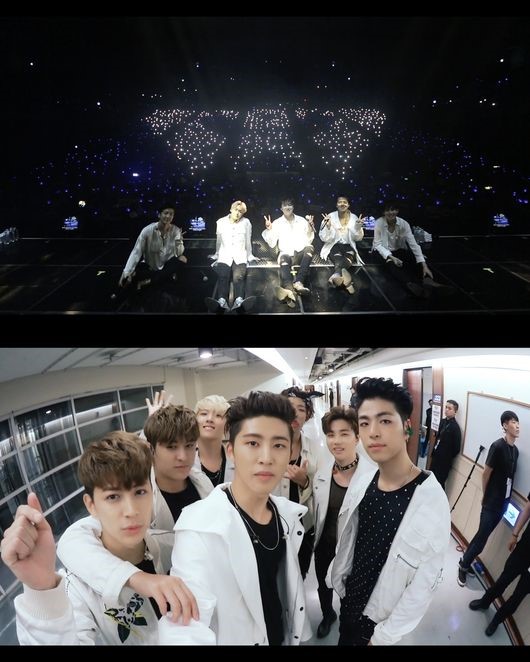 WINNER wrapped up their “2016 WINNER EXIT TOUR” on April 23 at the Busan KBS Hall, while iKON started their ‘iKONCONCERT 2016 [SHOWTIME TOUR]” on April 22 in Taipei.

WINNER met their fans all across Korea through concerts in Seoul, Gwangju, Daegu, and Busan. Fans from Jeju Island and Shanghai attended their Busan concert for a chance to see the five-member idol group.

“We’re glad that we could communicate, learn, and feel many things from Inner Circle [their fanclub], who ran with us until the end,” WINNER said in the video. “It was a meaningful tour.”

In iKON’s video, the group toured the famous night market in Taipei and enjoyed free time together. Member Yoonhyung said, “We’re always in the practice room. Even when we go abroad, we couldn’t imagine going outside. But now I can feel the stress melting away.”

The group played around with each other backstage but gave it their all during the concert with powerful performances. After the concert, leader B.I said, “This was so much fun and I’m glad the fans could match our passion. We definitely want to come again.”

iKON will be continuing their tour in Hong Kong, while WINNER is currently starring in the JTBC variety show “Half-Moon Friends” every Saturday.

Watch the behind-the-scenes videos below:

WINNER
iKON
How does this article make you feel?