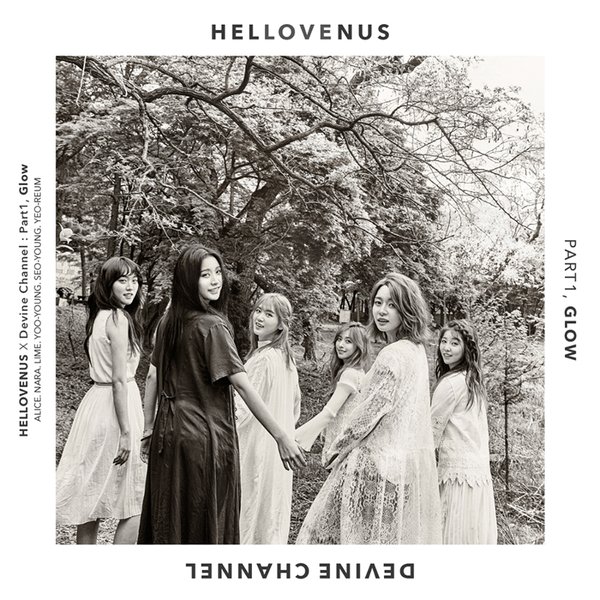 Girl group Hello Venus will be joining the slew of May comebacks!

On May 6 at midnight KST, the group revealed through Fantagio Music’s official Twitter that their new single is titled “Glow.”

The tweet announces that the single is scheduled to drop on May 10 at noon KST and features a black-and-white picture of the six girls in flowing dresses against a soothing nature background.

It appears the group is changing their concept from the sexy tracks they dropped in the past, such as “Wiggle Wiggle” and “I’m Ill.” The song “Glow” is said to be an emotional R&B number with an electronic arrangement.

The track is a collaboration with the producing team Devine Channel, who have been active in the U.S. and Japan.

Hello Venus’ agency, Fantagio Music, said, “There are no plans to promote ‘Glow’ on broadcasts. Instead, we plan to start with this single and continue to release more music in the future with the idea of releasing a full album in the second half of the year. The group is currently busy in the recording studio.”

The comeback is meant as a present for their fans, as May 8 marks the fourth anniversary since the group’s debut. At a special fanmeeting on that day, Hello Venus will perform the song ahead of the official release.