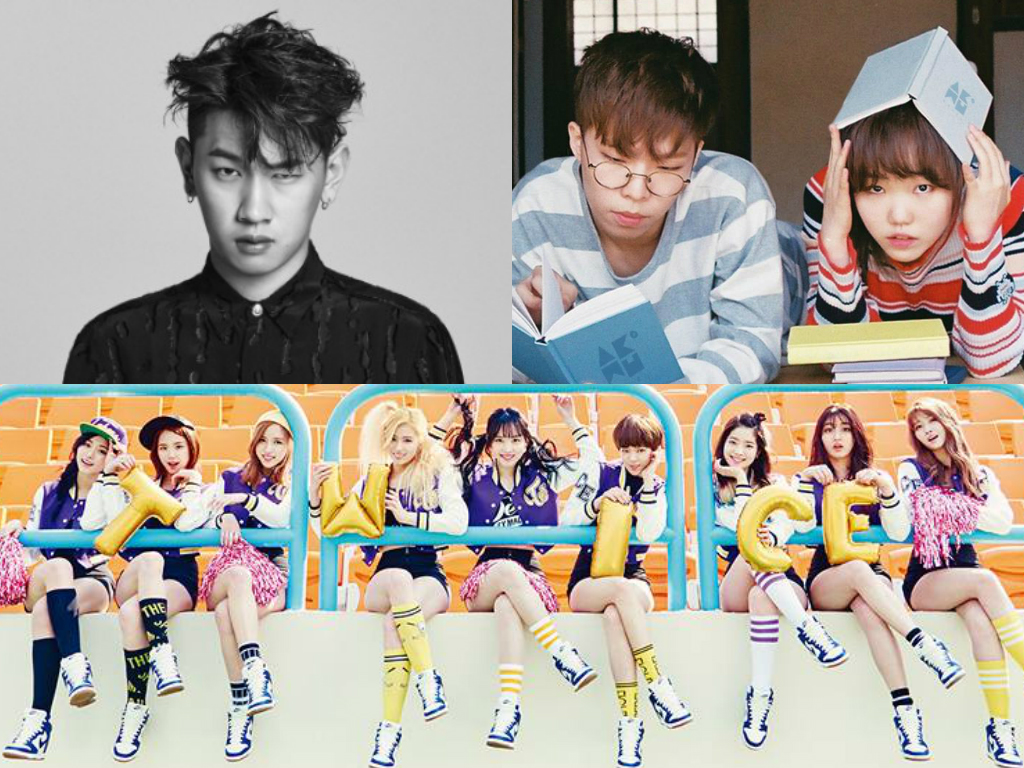 Artists from some of Korea’s top companies are battling it out for the reigning spot on the music charts.

TWICE released their title track “CHEER UP” on April 25, and maintained their top spot on the charts for over ten days. However, Akdong Musician’s “RE-BYE,” which was released on May 4, soon took over first place.

Since then, the two artists have continuously switched spots, with neither of them consistently staying in the number one position.

However, Crush’s new mini album “Interlude,” which was released at 12 p.m. KST on May 6, changed the charts once again. His title track track “Woo Ah” has been quickly rising through the ranks, vying for the number one spot as well.

These three songs encompass different genres, and bring variety to the music charts.

Which song is your favorite?

TWICE
Crush
AKMU
How does this article make you feel?