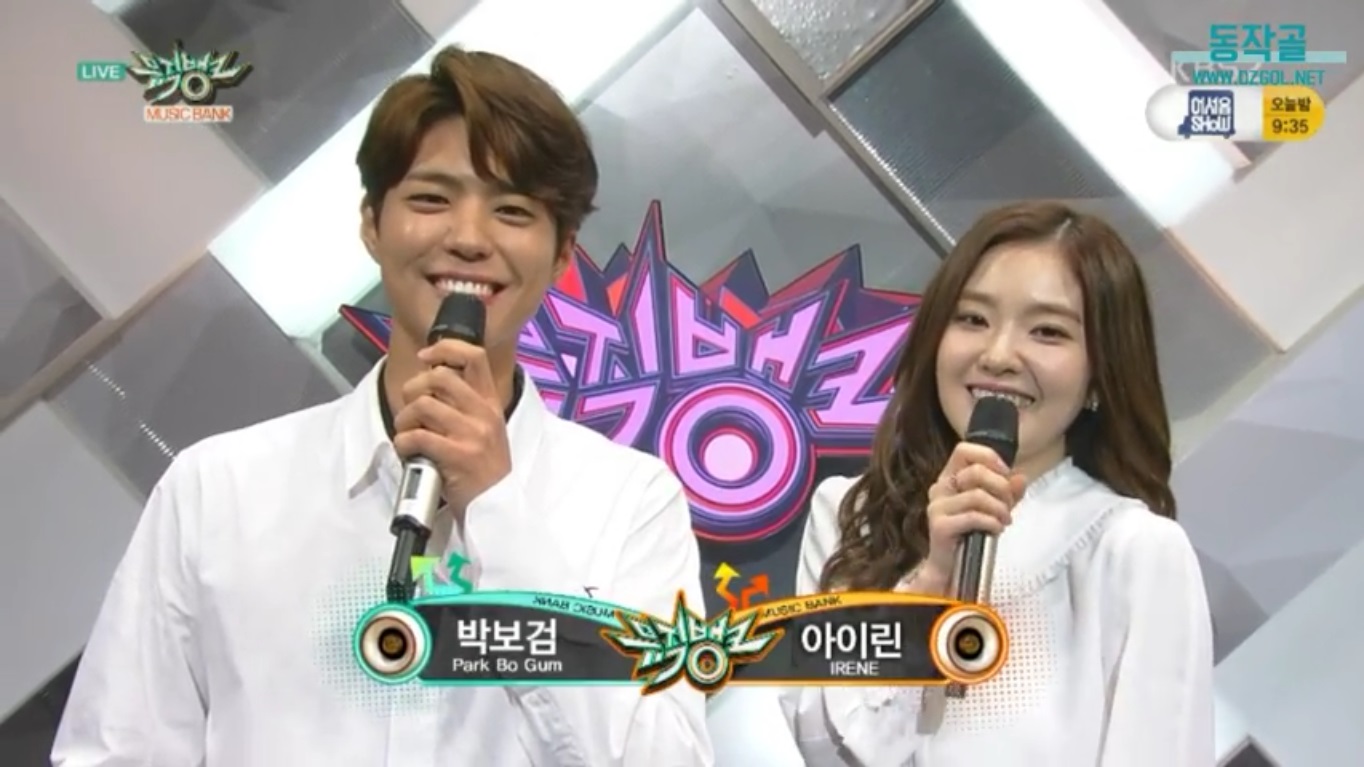 First, KBS2’s “Music Bank” congratulated the duo through their official Twitter account on May 1, the actual date of the anniversary.

They posted a collage of the two celebrities and wrote, “Today marks “Music Bank’s” representative couple, Park Bo Gum and Irene’s debut anniversary as MCs. So here are some cute selfies! Two people who look good in a semi-wedding look~ They’re moving towards becoming our longest-running MCs. You’ll keep supporting them, right?” 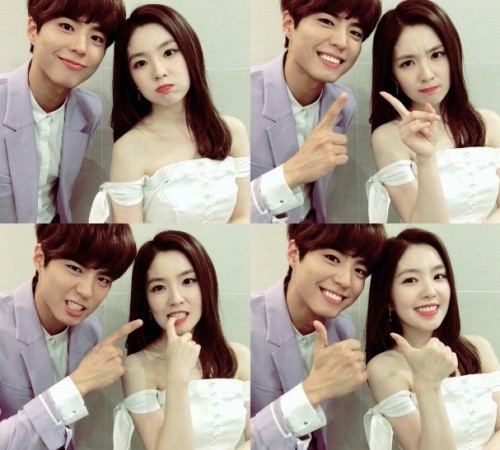 In the photos, the pair pose playfully together, while boasting their stunning visuals.

They also celebrated the occasion on the show’s May 6 episode, when a congratulatory song plays as they begin to host. The two start off by expressing their gratefulness to each other, their ‘Music Bank’ family, and the viewers. During the show, Park Bo Gum also tells Irene, “This is all thanks to you, Irene.” The idol replies that it is the viewers they must thank.

Afterwards, photos of Park Bo Gum and Irene at a staff dinner that was held after filming were also released.

They brightly smile for the camera, while posing with flower bouquets they received. In another photo, Irene thoughtfully fixes Park Bo Gum’s hair.

A “Music Bank” representative says, “They not only have the best visuals, but they also have the best personalities. I hope they stay with ‘Music Bank’ for a long time.”

Congratulations to the pair!