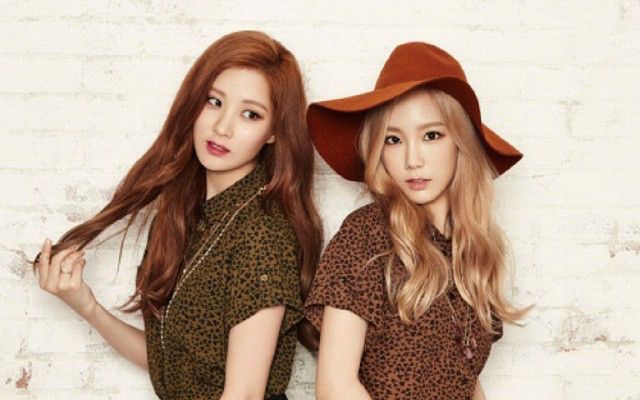 Another hilarious “Descendants of the Sun” parody has been revealed.

On May 7, Girls’ Generation’s Seohyun posted a fan-edited image of herself and fellow member Taeyeon on her Instagram. The two singers are superimposed onto the famous “Descendants of the Sun” scene where Captain Yoo Si Jin (played by Song Joong Ki) ties Kang Mo Yeon’s (played by Song Hye Kyo) shoelaces. In this particular edit, Seohyun is Kang Mo Yeon, while Taeyeon warmheartedly helps her as Yoo Si Jin.

She also includes a caption that says, “This…what is this~~ haha. Of course our fans [have] a good sense of humor. The kind Captain Taeng who tied my shoelaces for me yesterday at the airport.. I fell for her; she’s my ideal type haha”

Taeyeon later uploaded a video of herself tying Seohyun’s shoes at the airport through her own Instagram account. Watch below!

What do you think about the edit?

Girls' Generation
Descendants of the Sun
Seohyun
Taeyeon
How does this article make you feel?