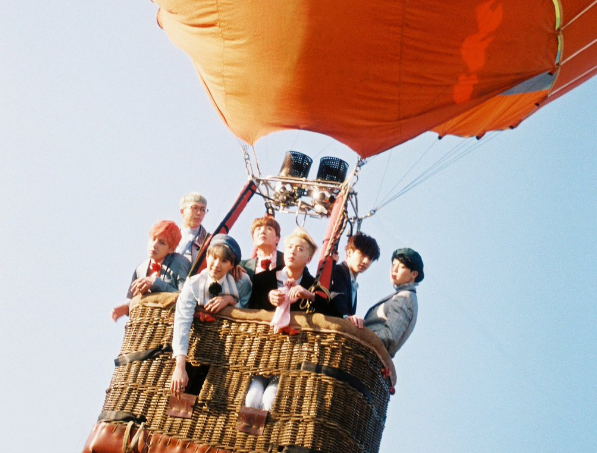 At BTS’s press conference for their “Hwa Yang Yeon Hwa On Stage: Epilogue” concert on May 7, BTS revealed a story behind their “Young Forever” album concept photo shoot.

Jin recalled, “During the shoot we rode in a hot air balloon. J-Hope has always been really fearful so his legs were shaking a lot.” He then revealed J-Hope’s suspiciously sudden change of heart, continuing, “After the shoot was finished and we didn’t have to go in the balloon again, J-Hope said it was fun.”

We’d never guess how scared he was from the pretty photos!

The pictures have a fun camping theme and were included as part of their “Young Forever” special album which was released on May 2 to much popularity and acclaim.

BTS are currently at the Olympic Gymnastics Arena in Seoul for their concerts on May 7 and 8.

BTS
J-Hope
Jin
How does this article make you feel?