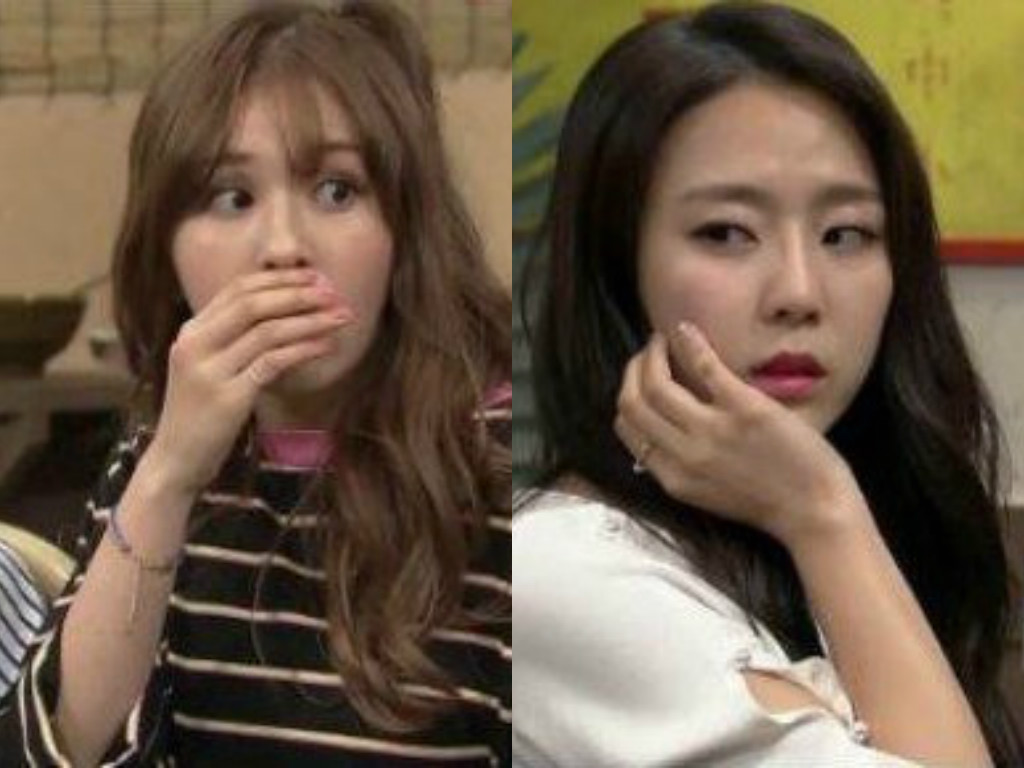 Yewon And Lee Ji Hye Caution I.O.I On The Consequences Of Fighting on “SNL Korea”

I.O.I is featured as hosts on the May 7 episode of tvN’s “SNL Korea.”

In one sketch, Choi Yoojung and Jeon Somi sit and share their food, each insisting on giving more to the other.

Singer Lee Ji Hye, who was watching from behind, misunderstands that the girls are fighting and tells them, “What are you doing? Are you guys fighting? Don’t you know what happens to girl group members who fight with each other?”

This was in reference to Lee Ji Hye’s former girl group Sharp, which disbanded due to feuds among the members. 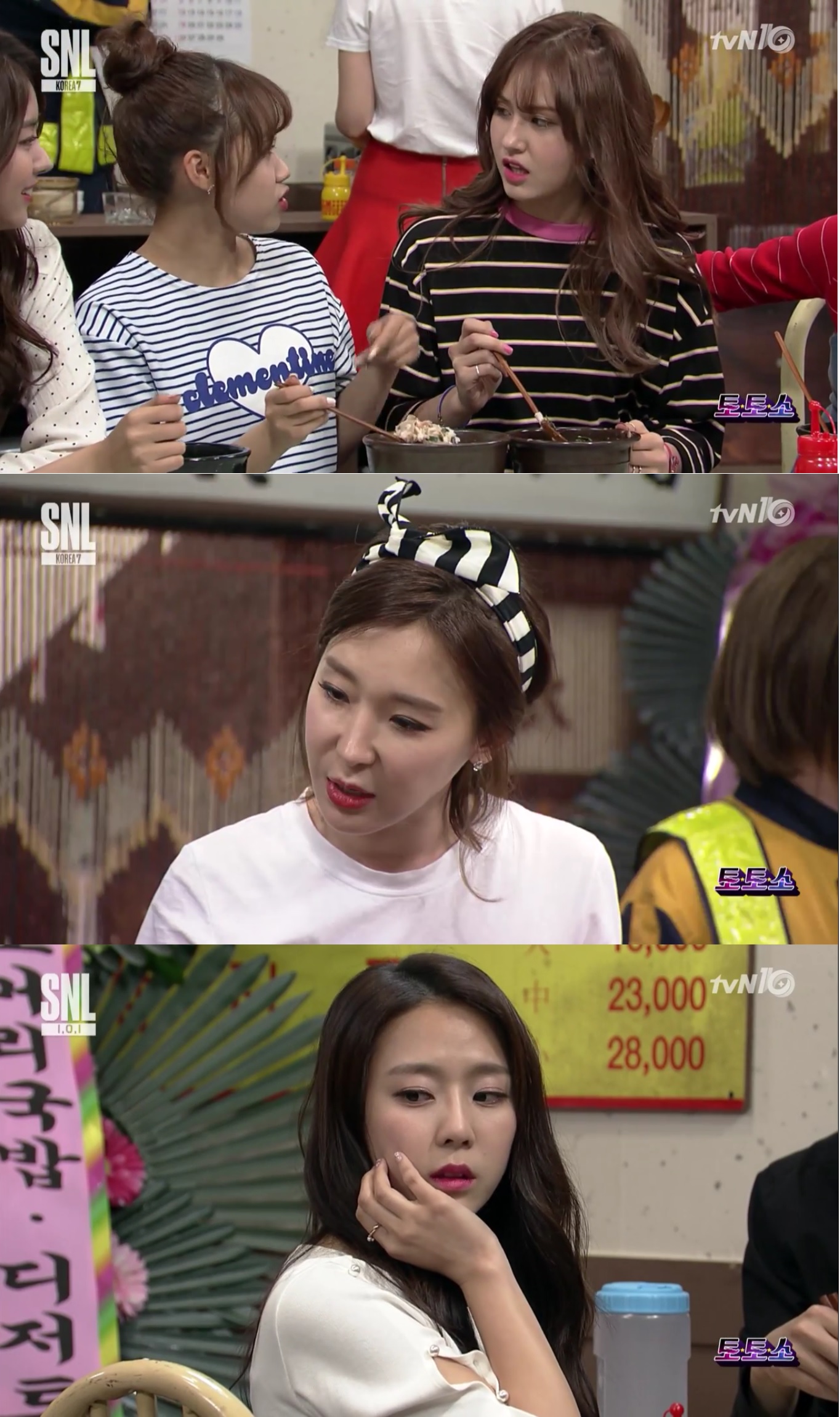 Yewon is then shown at a nearby table glancing timidly at Lee Ji Hye. The latter asks, “Why are you looking at me like that?” referencing Lee Tae Im’s line from her famous heated exchange with Yewon.

Yewon answers, “I just miss you.”

Ahn Young Mi then approaches the I.O.I girls and teases, “Girls, you are watching The Avengers right now. This is the Civil War. Take a picture!”

Watch the hilarious sketch below!

Support the artist by buying I.O.I - Chrysalis from YesAsia
I.O.I
Lee Ji Hye
Yewon
SNL Korea
How does this article make you feel?