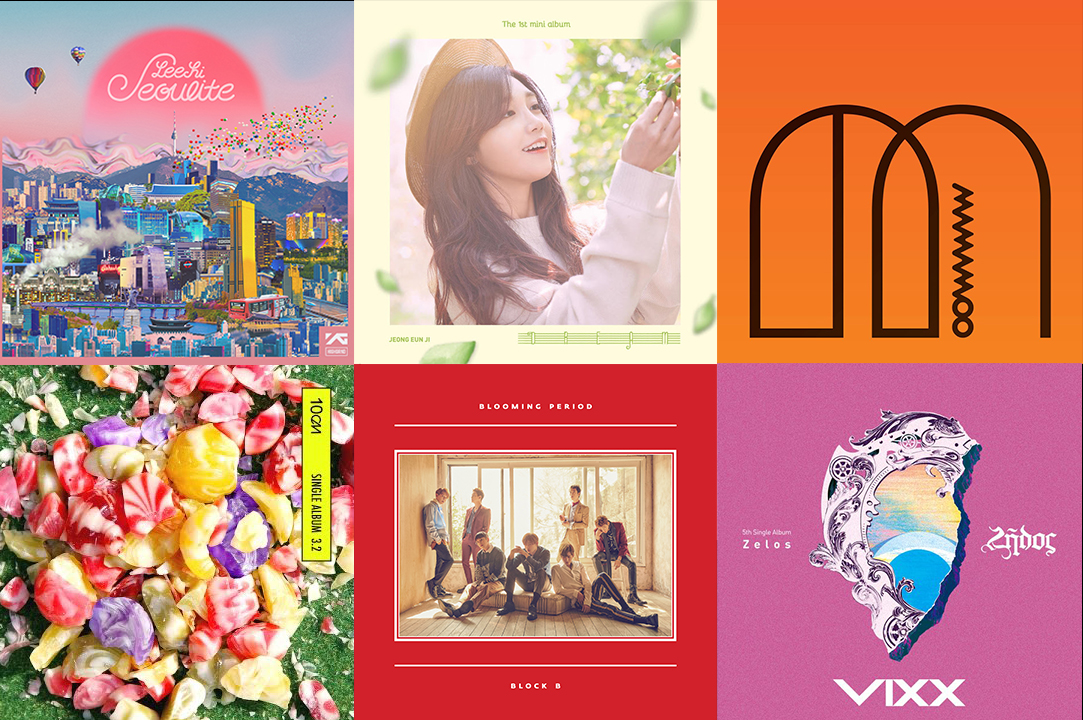 As expected, Jung Eun Ji’s “Hopefully Sky” is our new No. 1 song this week, moving up from No. 8 last week. This song won on Inkigayo and M!Countdown last week, and also scored high on all other chart sources. While she has topped charts before as an A Pink member, she gets her first solo chart topper with her solo debut track. Congratulations to Jung Eun Ji.

There are five new songs this week, all in the bottom half of the top 10. Moving up eight spots to No. 6 is VIXX’s latest hit “Dynamite,” the title track of VIXX’s single album “Zelos.” It has a funky and additive dance beat melody. “Dynamite” won on Music Bank and Show Champion last week and has a good chance to pick up more trophies this week.

Debuting at No. 7 is one of last year’s top rookie groups TWICE. Their debut hit “Like OOH-AHH” from last year has been on our chart for a long time. Now they finally have a new song “Cheer Up.” It is the title song from their second mini-album “Page Two.” Teaming up again with Black Eyed Victory and Sam Lewis, “Cheer Up” is a colorful dance song with a mix of hip-hop and house beats. The trendy and refreshing sound will definitely cheer up the listeners. This song has a great chance to become our new No. 1 song next week.

Veteran ballad duo Vibe returns to the top 10 this week. Their duet with Gummy “1 Year, 365 Days” moves up 19 spots to No. 8. Written by member Ryu Jae Hyun and sung by the other half of Vibe, Yoon Min Soo, he shows great chemistry with Gummy on this ballad about a former couple who misses each other.

Also moving up 19 spots to No. 9 is Super Junior’s Yesung. His self written ballad “Here I Am” is from his first solo mini-album of the same name. With this hit song, now the ballad trio KRY from Super Junior all have had asolo top 10 hit. “Here I Am” is about a man who visits his ex’s house because he misses her.

Debuting at No. 10 is Lovelyz’s new song “Destiny,” the title song from their second mini-album “A New Trilogy.” It is a mid-tempo dance song with an additive melody, different from Lovelyz’s previous hits that featured a new jack swing sound. This song shows Lovelyz’s fragile but strong image.