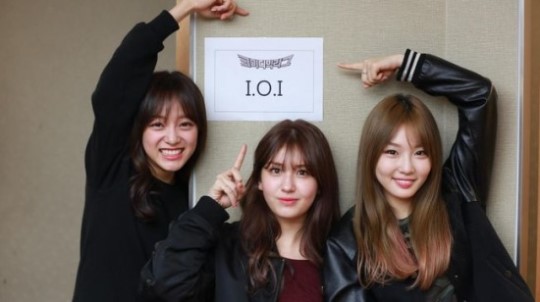 I.O.I Proves Their Popularity With An Increase In Ratings For Every Show They Are On

Just a few weeks into their debut and I.O.I has demonstrated their immense popularity in the industry.

I.O.I was formed through Mnet’s “Produce 101” girl group survival show, which resulted in an 11-member girl group. From the moment the show aired, they amassed a strong fandom and as soon as they debuted, this popularity has crossed over into all of the variety shows that they have guested on.

The first variety show I.O.I appeared on was JTBC’s “Sugar Man,” where the group performed a fun rendition of Banana Girl’s “Butt.” This episode scored a rating of 3.34 percent rating according to Nielsen Korea, the highest yet for the show.

The second variety show that I.O.I appeared on as a full group was tvN’s “SNL Korea.” I.O.I. proved their popularity by showing off their acting skills, impacting the ratings on this show as well. The rating for this episode was 2.37 percent, compared to the 1.18 percent rating for last week’s episode featuring Hong Soo Ah, also hitting an all-time high for “SNL Korea.”

I.O.I are set to guest on the May 8 episode of tvN’s “Comedy Big League.” Instead of the entire group, however, only Kim Sejeong, Kim Chungha, and Jeon Somi will be showing off their comedic skills. There is a lot of attention to whether the I.O.I effect will impact “Comedy Big League” as well, considering the show is currently seeing a decrease in ratings following the controversy with Jang Dong Min.