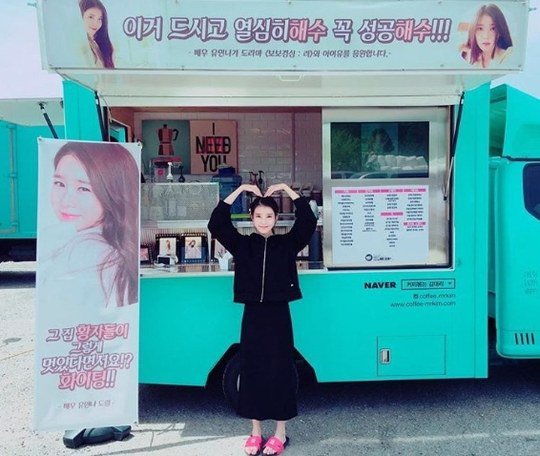 Nothing says friendship like a food truck sent to your drama set!

On May 8, singer IU updated her Instagram with a photo captioned, “A food truck sent by In Na. Mom In Na. Mom, I’ll be a good daughter. Generous In Na.”

IU is currently filming for a new SBS drama called “Scarlet Heart: Goryeo” (formerly called “Moon Lovers”) which is set to premiere on August 29. The drama is an adaption of the titular Chinese web novel and will be broadcast in both China and Korea simultaneously.

*An earlier version of this article misstated the premiere date. It is August 29, not in October.

IU
Scarlet Heart: Goryeo
Yoo In Na
How does this article make you feel?