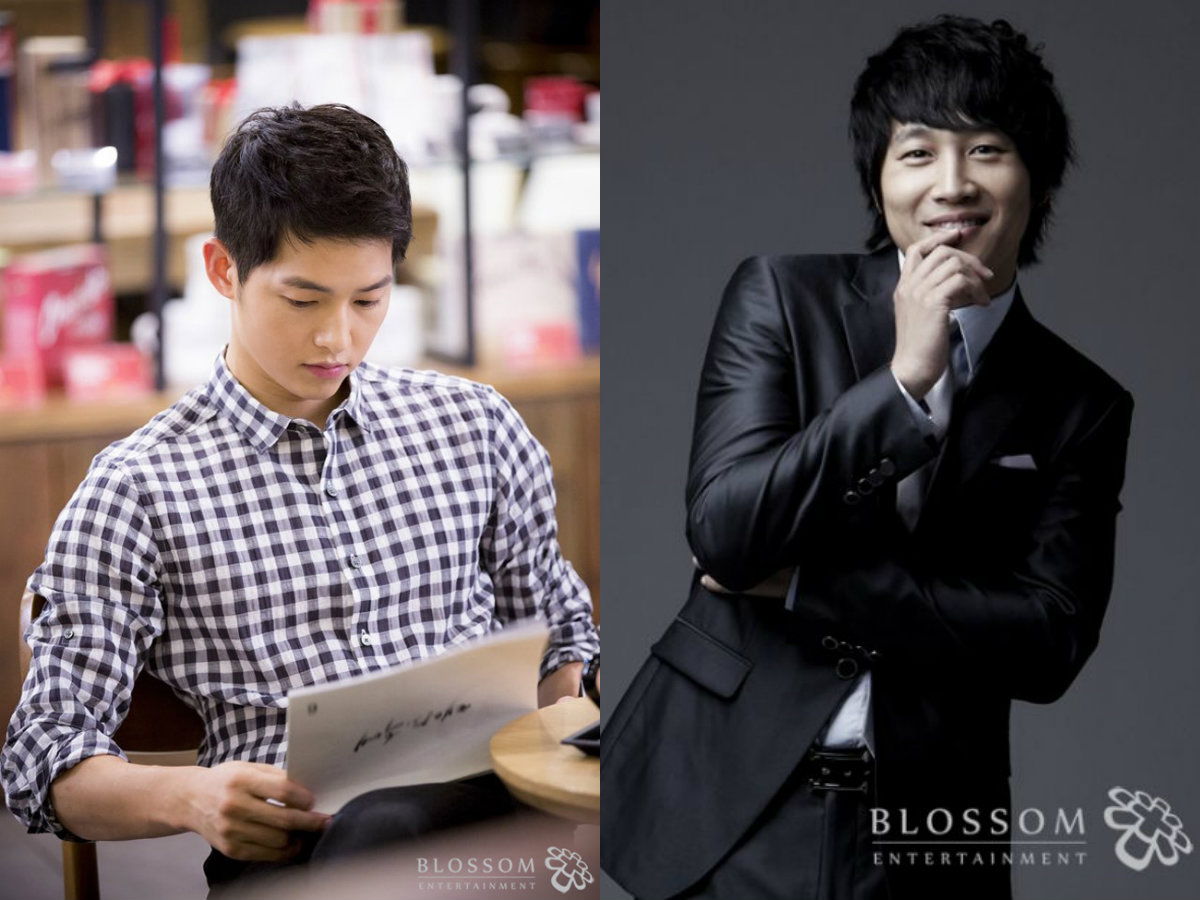 This year, actors from Cha Tae Hyun’s agency, Blossom Entertainment, are on a roll. One of the most notable is Song Joong Ki, who took not only Korea, but all of Asia by storm with his drama “Descendants of the Sun.” People are praising him, not only for his acting, but his personality as well.

Song Joong Ki is simply a fountain of touching stories. He sent a food truck to the set of “Signal,” for director Kim Won Seok, who he worked with for the drama, “Sungkyunkwan Scandal,” and it was also belatedly discovered that he secretly donated to support children suffering from cancer. In addition, he apparently took very good care of the younger staff members working on “Descendants of the Sun,” and remained a pillar of reassurance on set.

Director Jo Sung Hee, who worked with him on the film, “A Werewolf Boy,” complemented the actor in a recent TV Report interview, saying “Song Joong Ki learned all of the younger staff members’ names, talked with them, and looked out for them. He’s young, but he’s an actor you can’t help but respect.”

Affiliates say that this is not merely due to Song Joong Ki’s natural character, but also the strong influence of fellow actor Cha Tae Hyun, whose unchanging, honest character can be seen from his 13-year romance with his wife and first love.

Cha Tae Hyun decided to appear in “My Sassy Girl 2” after being compelled by his loyalty to the producer, ShinCine’s Shin Chul, who also produced the first movie. The actor hesitated at the idea of a “Sassy Girl” series without Jeon Ji Hyun, but he wanted to support Shin Chul, who produced one of his major works, in any way he could.

In addition, when his 2014 film “Slow Video” was being released, he personally sought out KBS’s Seo Soo Min and requested that the movie’s music video be shown at the end of variety programs. He did it without the producers or advertising team’s knowledge, and thanks to his request, they played the music video for the film after shows on KBS for a period of time. Had the producers put the advertisements in themselves, the fee would have been enormous.

One representative in the industry commented how Song Joong Ki treats everyone to meals is something he learned from watching Cha Tae Hyun. “The way he leaves after paying 300,000 won (approximately $300) for a 200,000 won (approximately $200 meal, for example, is something that Cha Tae Hyun does often,” and “Even while he seems to be complaining, Cha Tae Hyun is a person who always shows incredible loyalty. His good influence is having a positive effect on the younger actors in his agency.”

Song Joong Ki
Cha Tae Hyun
How does this article make you feel?