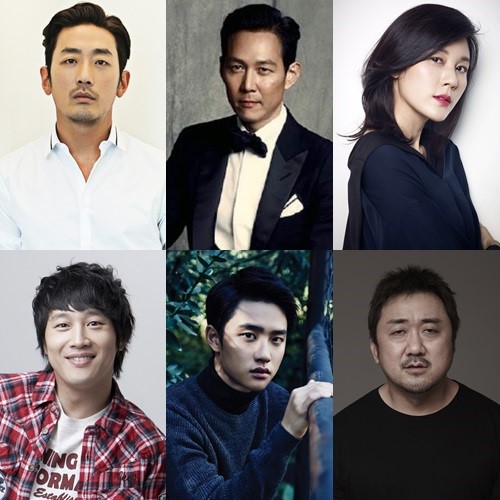 The upcoming film, “With the Gods” (literal translation), already boasts a fantastic lineup!

“With the Gods” is a film adaptation of a webtoon of the same name by Joo Ho Min. The story is about grim reapers who take people to the afterlife and the film will be directed by Kim Yong Hwa. Unusually for a Korean film, it will be filmed in two separate parts at the same time and released sequentially.

Ha Jung Woo will be playing the leader of the grim reapers, while Joo Ji Hoon and Kim Hyang Gi play the chief constable and the maknae of the team respectively. Cha Tae Hyun plays a man who dies suddenly and must undergo seven trials in 49 days in the afterlife. Ma Dong Suk will play the guardian spirit.

Kim Dong Wook will play Cha Tae Hyun’s younger brother, who is now a ghost, and D.O. will play Kim Dong Wook’s successor in the army.

Filming will begin at the end of May and is expected to be released in theaters in 2017.