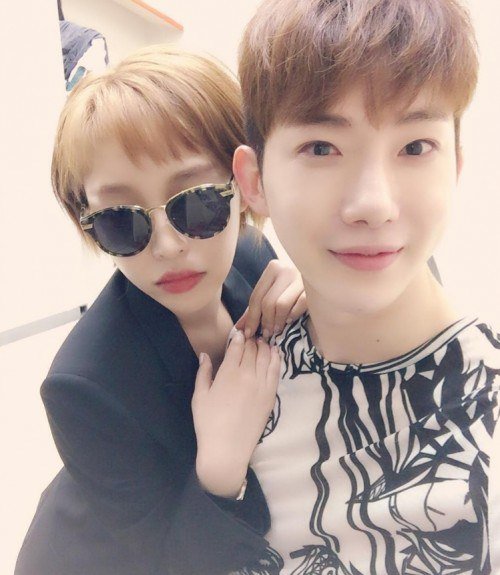 One of the most beloved couples from “We Got Married” reunited for a sweet picture and showed their friendship is still going strong.

On May 10, Jo Kwon updated his Instagram with a picture captioned, “Gain visited the musical ‘On a Starry Night.’ I thought she was Mathilda,” as he shows off a picture with the talented Brown Eyed Girls member. He is referencing the character Mathilda from the popular film “Léon: The Professional” starring Gary Oldman and a young Natalie Portman.

In the picture, Gain has her hands on Jo Kwon’s shoulder as he smiles at the camera.

Jo Kwon and Gain starred on the popular MBC variety show “We Got Married” in 2011 and were one of the most loved couples on the show with their cute affectionate relationship. Following their departure from the show, they went on to star in the MBC sitcom “All My Love” as siblings.

Currently, Jo Kwon is acting as Choi Sung Keon in the musical “On a Starry Night” which runs until May 17th.

On a Starry Night
Brown Eyed Girls
We Got Married
Jo Kwon
Gain
How does this article make you feel?