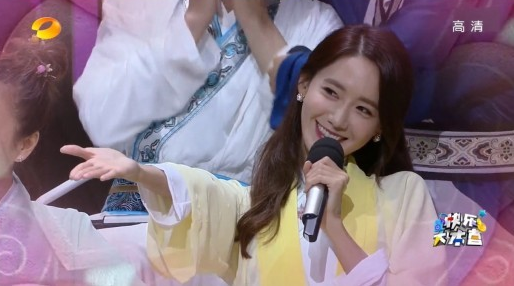 Girls’ Generation’s YoonA Impresses With Her Chinese On Variety Show

All her hard work and dedication have paid off as YoonA showed off her remarkable Chinese skills on a Chinese variety show, surprising fans and non-fans alike.

On May 7, Girls’ Generation’s YoonA guested on the popular Chinese variety show “Happy Camp” on HunanTV. She currently stars as the female heroine of the Chinese drama “God of War, Zhao Yun,” which opened with top ratings at its premiere in April of this year.

On this episode, she surprised the MCs with her impressive Chinese skills. Eight other young stars guested on the show and Yoona came on along with her “God of War” co-star Lin Geng Xin and participated fully in all of the missions and games. 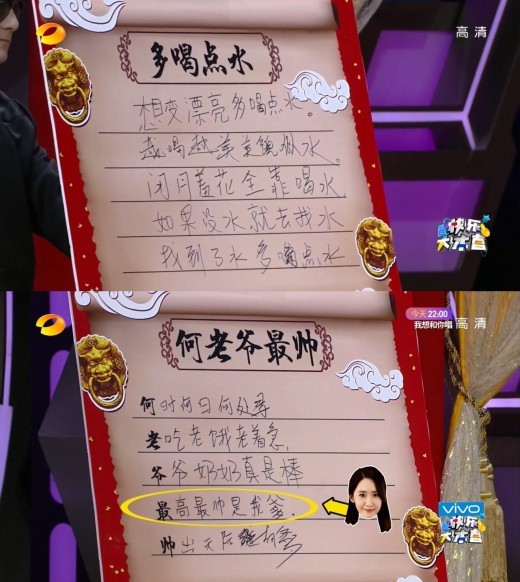 In particular, she was able to show off her Chinese writing ability as she completed riddles and other games as a part of the show.

Moreover, when the MCs would ask her questions, Yoona was able to answer them in fluent Chinese, raising interest from the domestic Chinese fans for her conversational skills, rising to the top of the live Weibo search results. 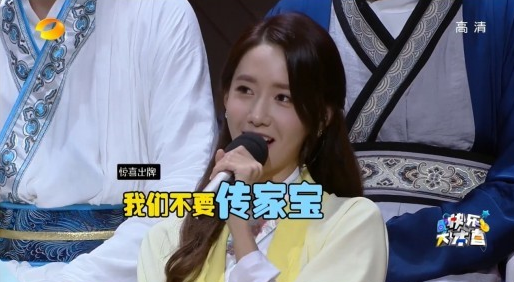