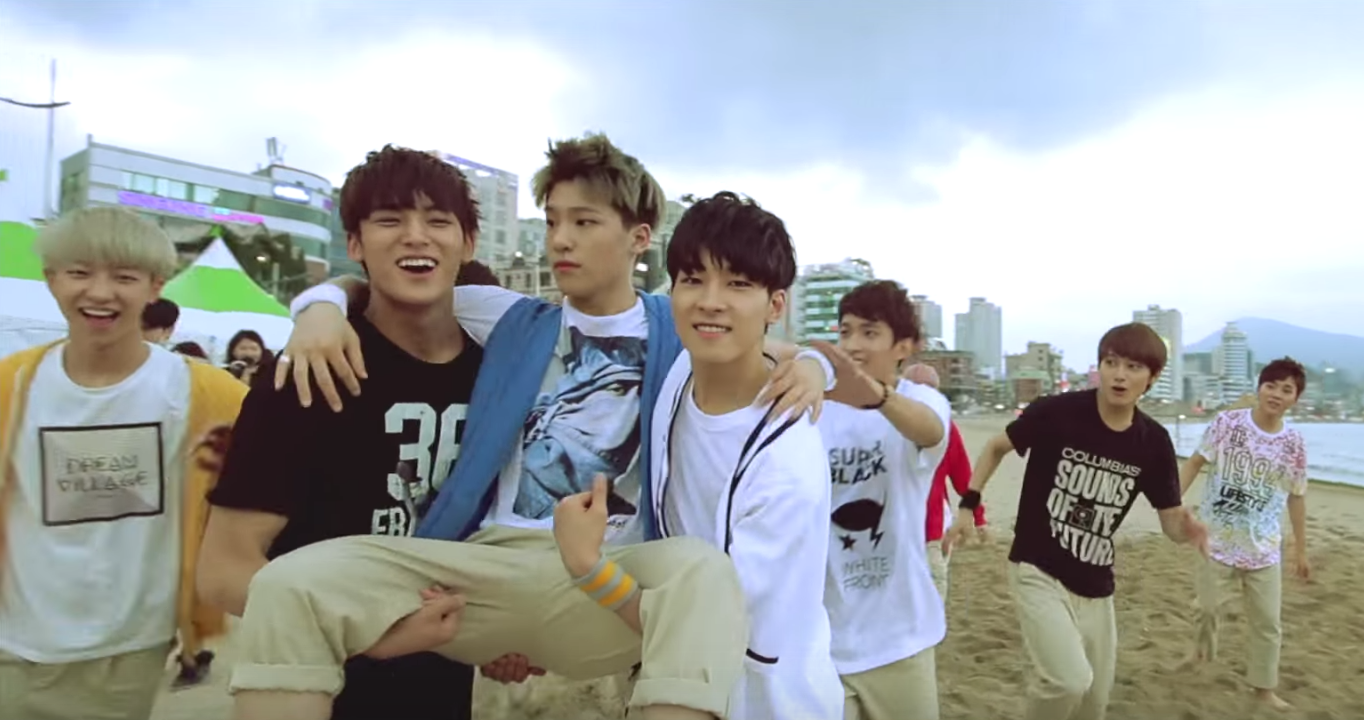 Dance videos are sometimes so much more than almost-tutorials fans can use to learn a particular dance or videos fans can watch uninterrupted by busy music show cameras. Here is a short list of dance videos that go above and beyond the normal display of choreography. Prepare yourself for some cuteness overload. We hope these brighten your day.

TEEN TOP are fun and slightly dangerous (to each other) in this Halloween-themed version of “Lovefool.” You can still enjoy the dance but also their antics, as pumpkins go flying everywhere.

To celebrate two million videos of their “Adore U” music video, SEVENTEEN uploaded a special dance video on the beach with random members jumping in at the wrong time. Watching them have fun with one another on the beach makes it no surprise why this group has grown so quickly in popularity.

AOA’s “Like a Cat” is typically viewed as provocative and sexy, but not this dance version. The girls trade sexy for cute with white cat outfits.

Kigurumis are usually cute enough on their own, but throw the members of ZE:A in them and make them dance to “Watch Out” and magic happens. Bonus Game: watch for the lost shoe!

Another two million views celebratory dance video, here is VIXX performing their dance for “Error,” only slightly, you guessed it, filled with errors. It’s nice to see the members let loose, even the usually shy Leo.

GOT7 shows fans a good time with this ridiculous version of their dance. Is there more hugging or pushing going on? Are the members playing push-and-pull with fans’ hearts or with each other? You decide!

BTS have some really fierce dance moves. They can also be fiercely entertaining. Put both sides of this group together and you get a special video that will leave fans smiling. How do they make it look so easy?

To celebrate 10 thousand views of their original practice video for “Mirror,” FIESTAR uploaded a cute version that contradicts the melancholy tones of the song. However, it’s nice to see the usual serious Yezi have fun.

ASTRO was given animal pajamas and a selfie-stick — the rest is history. The group performed a special version of their pre-debut song “Puss in Boots” for fans at a mini-concert and followed it with the release of a self-cam video. Aren’t they adorable?

What happens when a choreographer tells a group to improvise half a dance and the group films a dance practice? Ask 2PM. They’ll give you the answer.

What fun versions of dance practices do you enjoy? Are there any that helped you become a fan or made you like a group even more (if possible)? Let us know in the comments below!