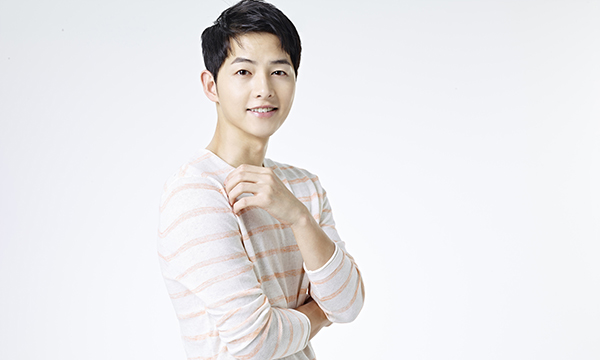 Actor Song Joong Ki was revealed to have donated his appearance fees from “Hurry Up, Brother,” the Chinese version of SBS’s “Running Man.”

On April 20, Song Joong Ki joined the filming of “Hurry Up, Brother” as a guest. The cast arrived in Korea on April 18 and went around Seoul to film a Korean special. Before Song Joong Ki’s appearance, the Korean “Running Man” members met with their Chinese counterparts on the show as well.

The encounter of the actor and the successful variety show garnered so much attention that the news of his appearance rose to the top of Weibo’s real-time ranking chart of most popular keywords.

Moreover, reports came out that the actor donated all his earnings from that day. This was confirmed by representatives of the show on May 10.

The episode featuring Song Joong Ki and the reunion of the Korean and Chinese “Running Man” members is expected to reach impressive viewer ratings particularly because of the Song Joong Ki syndrome in China, after his portrayal of captain Yoo Si Jin on Descendants of the Sun.

The episode airs on Zhiejiang Television on May 13 at 9 p.m.

Song Joong Ki
Hurry Up Brother
How does this article make you feel?