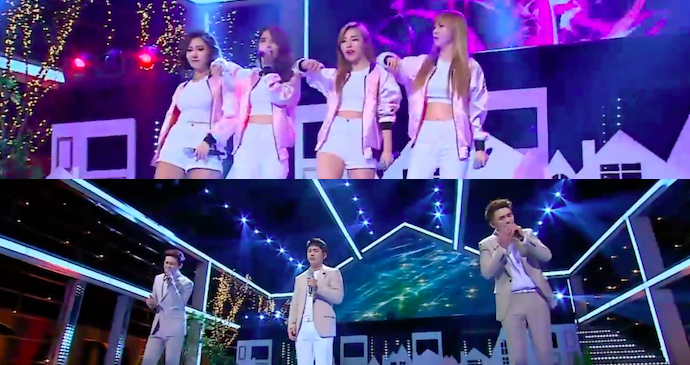 MAMAMOO and V.O.S face off for their teams on this week’s episode of “Sugar Man”!

On May 10’s episode of the JTBC show, V.O.S performs Riaa’s “Tears” for Yoo Hee Yeol’s team, showing off their vocal skills and ballad prowess.

MAMAMOO then performs a modern, dance version of “Sexy Guy” by Space A for Yoo Jae Suk’s team.

You can also watch rehearsal versions of both performances below.

Which performance would you have voted for?

MAMAMOO
V.O.S
Sugar Man
How does this article make you feel?