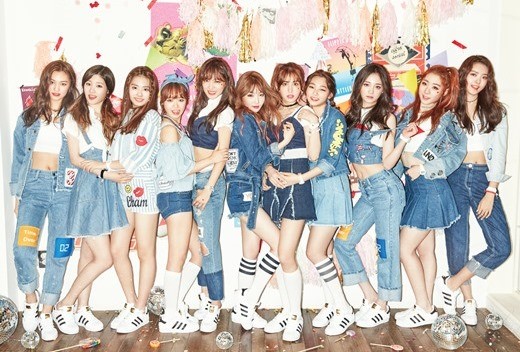 “Inkigayo” Responds To Rumors That I.O.I Was Deliberately Excluded From Early Voting

On May 10, an issue arose over I.O.I’s possible exclusion from early voting on the music site MelOn and its corresponding music program “Inkigayo.”

The early voting list for May 22 includes classic songs such as Sechs Kies’ “Couple” and Busker Busker’s “Cherry Blossom Ending” as well as Crush’s new single “woo ah.” However, “woo ah” was released a day after I.O.I’s “Dream Girl.”

I.O.I has so far been unable to appear on any of the public broadcasting music programs. However, this was not expected to affect early voting or rankings, as 10cm’s “What the Spring??” was also included on “Inkigayo” despite a lack of promotions.

A music industry representative said, “Even if it’s a small one, you have to give them the opportunity. It doesn’t make sense to eliminate them completely. They may have come from Mnet, but the nation still chose them. There are a lot of people who want to see them performing on stage.”

An SBS representative responded, “The announcement of totals on the online audience board is last year’s. Every week, the No. 1 place is decided through the system. The system totals up various weights using music chart rankings as reference.”

They added, “I.O.I’s song has not been released long enough to gather data. Early voting is only available for songs that were within the Top 60 in the past week.”

When asked whether I.O.I would ever appear on “Inkigayo,” they stated, “There have been no internally mandated restrictions. We will have to see.”

I.O.I was a girl group formed through the survival program “Produce 101” on Mnet, a cable channel. They made their debut with the album “Chrysalis” on May 4 and will promote for a little less than a year before returning to their respective agencies.

*A previous version of this article had switched the album and digital sales percentages.