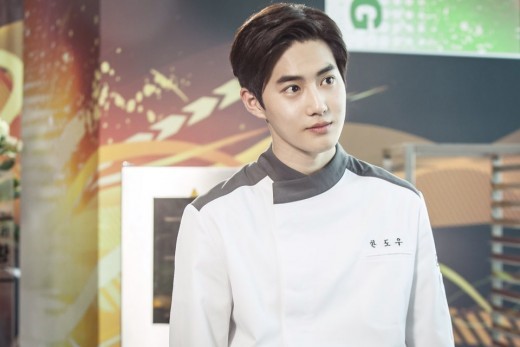 New stills of EXO’s Suho in character for his latest drama have been revealed.

The drama is titled “How Are You Bread” and directed by Kim Young Joon and written by Kang Soo Yeon. Suho plays a genius patissier named Han Do Woo who is shrouded in mystery.

The pictures, released on May 10, are from a scene in which Do Woo competes in a baking competition against Damon (Kang Tae Hwan). Damon is a patissier who trained abroad and was born with a silver spoon in his mouth. 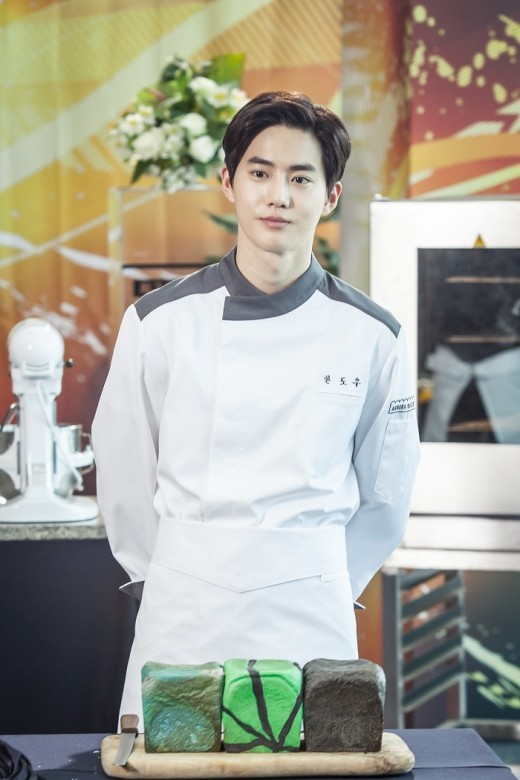 Suho was praised by the production staff for practicing his baking beforehand so that he could film the scene, which included accurate measuring, refining, and dough-making, without using a double.

Adding some flair to the competition are the pastry chef couple Lee Soo Ryun and Im Seung Joon, who claim to know Shaolin secrets and use interesting ingredients and actions while baking.

A representative of the production company said, “We filmed the scene in the style of cooking shows that are popular these days. All the actors, including Suho, prepared a lot in order to film a thrilling baking competition.”

“How Are You Bread” is a drama about a secretive genius patissier, Han Do Woo, who makes a magical bread that can grant wishes every morning, and a variety program scriptwriter who infiltrates his bakery in order to cast him for her show.