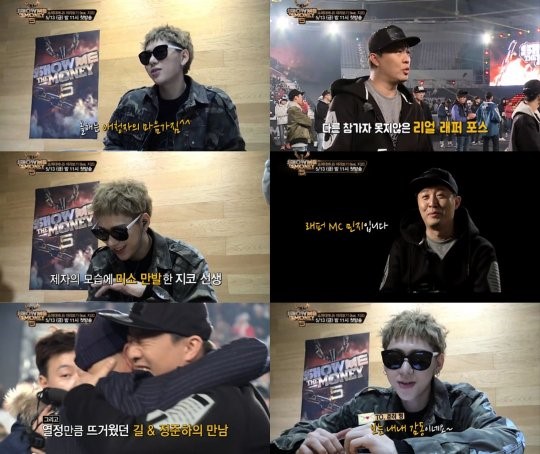 On May 6, “Show Me the Money 5” released a clip of Block B’s Zico raising anticipations for the fifth season of the Mnet rap survival program.

In the clip, Zico said, “I was a producer last year but this year I was just a spectator. There are a lot of influential and amazing producers this year, so I’m excited. There are pairs that often work together, pairs that were surprising matchups, and pairs who have a strong identity. I think I can say that it’s the best producer lineup ever.”

People are also anticipating the appearance of comedian Jung Joon Ha on the show. Zico had taught rapping personally to Jung Joon Ha and relayed his surprise at his performance in the first round.

“It was really emotional,” he said. “I could see that he was also getting emotional and he was really cool. He did better than I expected. His attitude was perfect. After he finished work, he would always visit my studio to go over his raps. I admired his passion.”

Block B
Show Me the Money 5
Jung Joon Ha
Zico
How does this article make you feel?