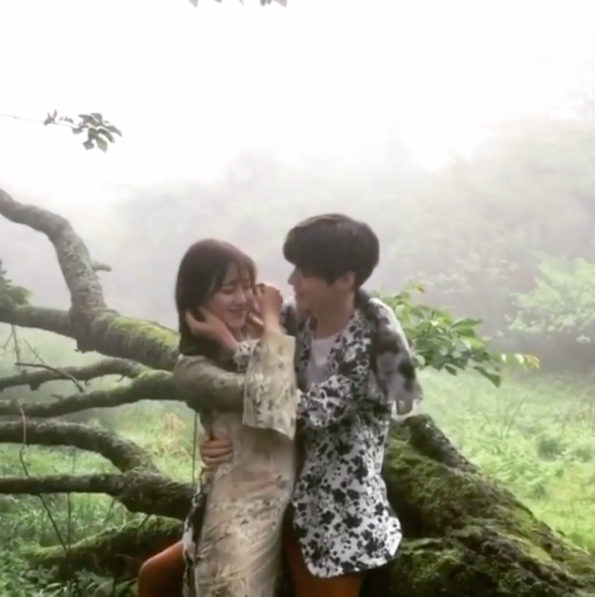 On May 9, Ahn Jae Hyun and Ku Hye Sun flew to Jeju Island in order to film a couples photo shoot together.

On May 10, Marie Claire Korea revealed on their official Instagram a behind-the-scenes video of the couple.

The photo shoot appears to have a nature concept, since the couple hold one another closely while leaning against a fallen tree. Both of them are wearing flower-printed silk, Ku Hye Sun in a long dress and Ahn Jae Hyun in a jacket.

The two of them are tender even when the cameras aren’t flashing, with Ahn Jae Hyun carefully holding her around the waist while she adjusts her hair and Ku Hye Sun pretending to hit him later while laughing.

The caption reads, “This is the behind-the-scenes video of Ahn Jae Hyun and Ku Hye Sun’s photo shoot. Aren’t they sweet? Throughout the shoot they couldn’t take their eyes off each other.”

The full pictorial will be released through Marie Claire Korea’s June issue, while the couple are planning to get married on May 21.