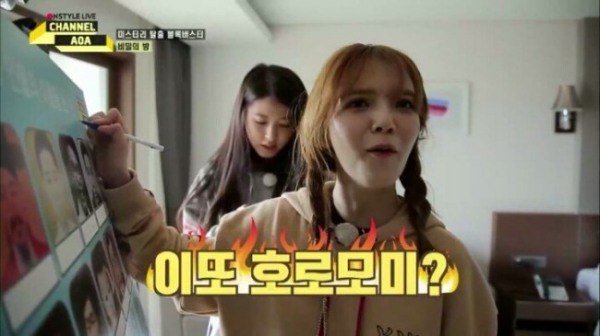 AOA’s Seolhyun and Jimin have recently faced a storm of criticism after being unable to identify a hugely important Korean historical figure.

On May 10, they appeared on OnStyle Live’s “Channel AOA.” As part of the show, the two face a challenge where they are given a board with the pictures of several important historical figures and they must match them up with the correct names. The first line includes Yi Sun Sin, Shin Saimdang, Kim Gu, An Jung Geun, and Abraham Lincoln. The two are able to match Shin Saimdang and Kim Gu, before coming across An Jung Geun, where they become stuck.

An Jung Geun is one of the most important Korean historical figures, famous for fighting for Korean independence from Japanese occupation and assassinating a Japanese statesman and former Resident-General of Korea, Ito Hirobumi. 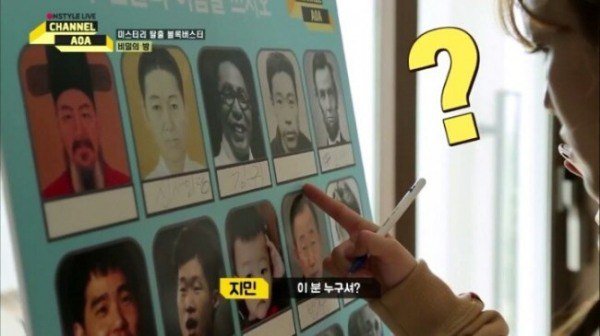 They turn to their smartphones for help in searching up the figure, and when they have no luck, a production staff member gives them the hint “Ito Hirobumi.” As Jimin gives another incorrect guess, the staff member repeats that he has a relation to Ito Hirobumi. Jimin replies, “Iddo Horomomi?” once more completely failing to get a correct answer.

Luckily, Seolhyun is finally able to find the correct answer with further searching on her phone. However, this scene has not been overlooked by netizens, who are appalled at the girls’ lack of general history knowledge. One netizen lamented, “No way, this must be scripted. Does it make any sense not to know An Jung Geun?” while another says, “If history is forgotten, the Korean people have no future.”

What do you think of Jimin and Seolhyun’s lack of historical knowledge?

AOA
Channel AOA
Seolhyun
Shin Jimin
How does this article make you feel?