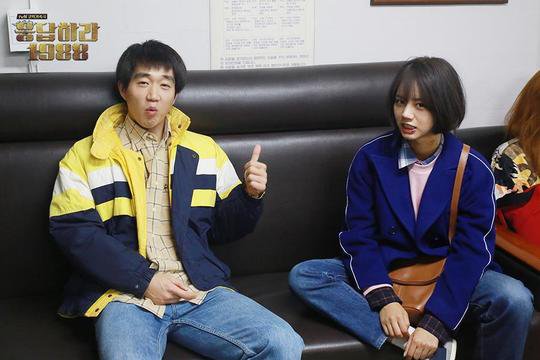 Girl’s Day’s Hyeri tears up talking about her “Reply 1988” co-star Choi Sung Won, who was recently diagnosed with acute leukemia.

During the press conference for SBS’s drama “Entertainer” on May 11, reporters mention Choi Sung Won to Hyeri, and she gets emotional.

After calming herself down, Hyeri speaks up about her loving co-star, saying, “He is a very bright and kind person. I hope he fights the illness soon and comes back looking healthier than before.”

She continued, “I know he is cheering me on. We will be by his side and cheering him on as well.”

Meanwhile, Choi Sung Won found out he had acute leukemia recently and decided to leave his drama “Mirror of the Witch” to focus on his recovery.