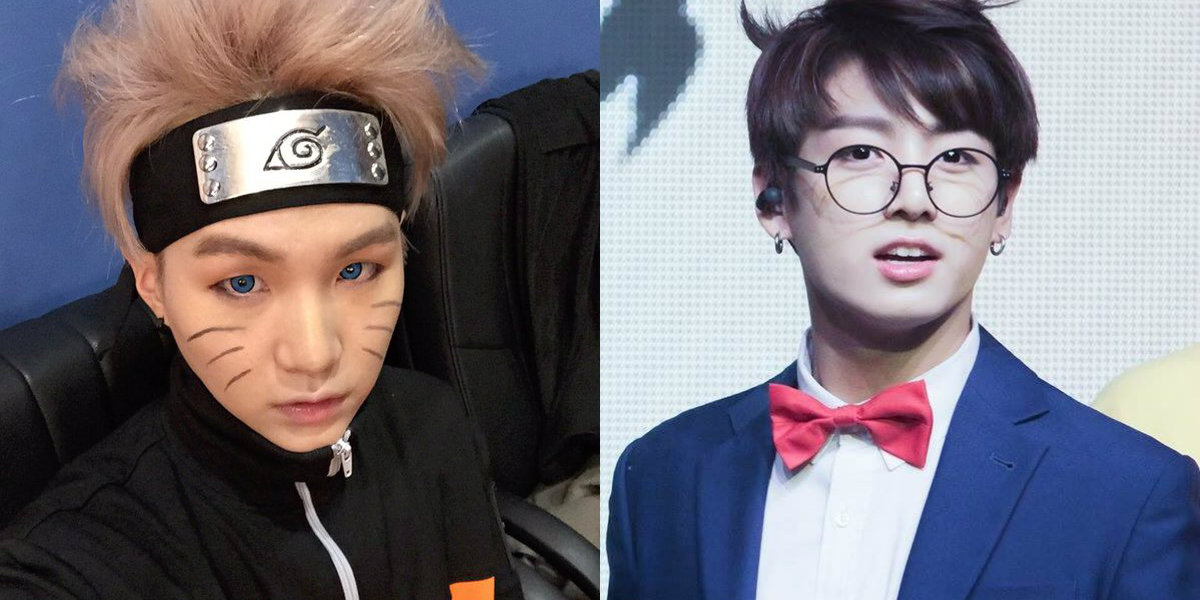 Being ridiculously talented and unrealistically attractive, K-pop idols usually seem to be too perfect to be real. Some of these idols so much so that they end up looking like fictional characters that we can only dream of. Whether they are cosplaying as the characters, like Suga and Jungkook who are dressed up as Naruto and Detective Conan, or have no idea that they are the embodiment of the anime stars; there is no denying the similarities!

Below is a list of fifteen idols who look like these Japanese cartoon characters for all of the K-pop and anime fans! 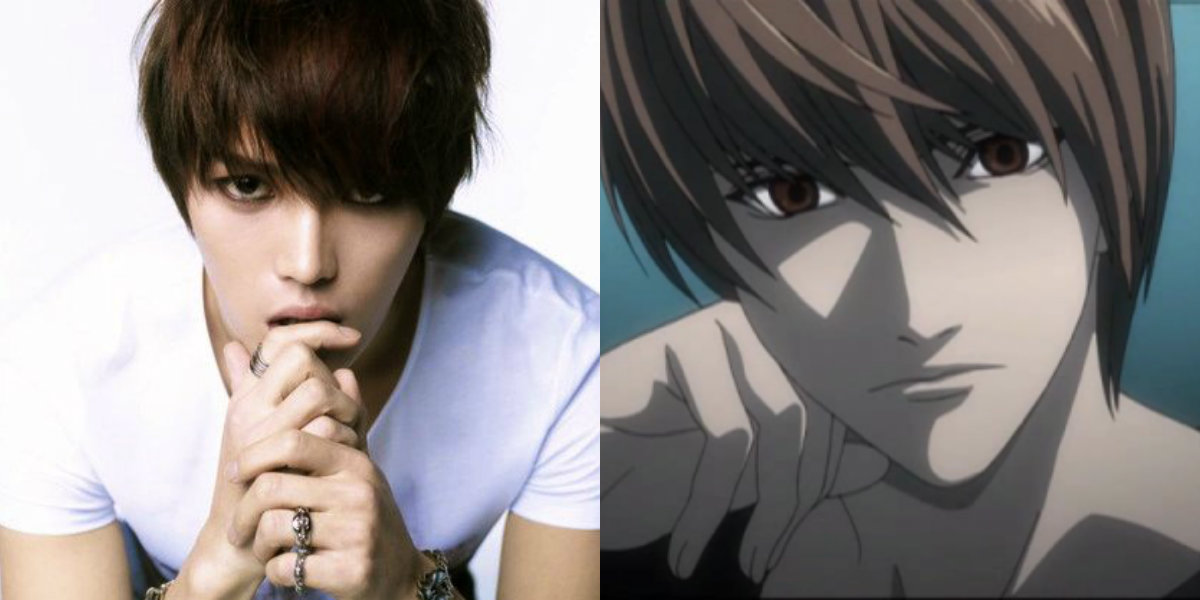 Kim Jaejoong of JYJ as Light from “Death Note”

With his charismatic image, Jaejoong would be perfect for a live action role of Light. If a Korean rendition of this Japanese suspense anime was ever made, that is. His eyes make you hope that he doesn’t ever find out what your name is! 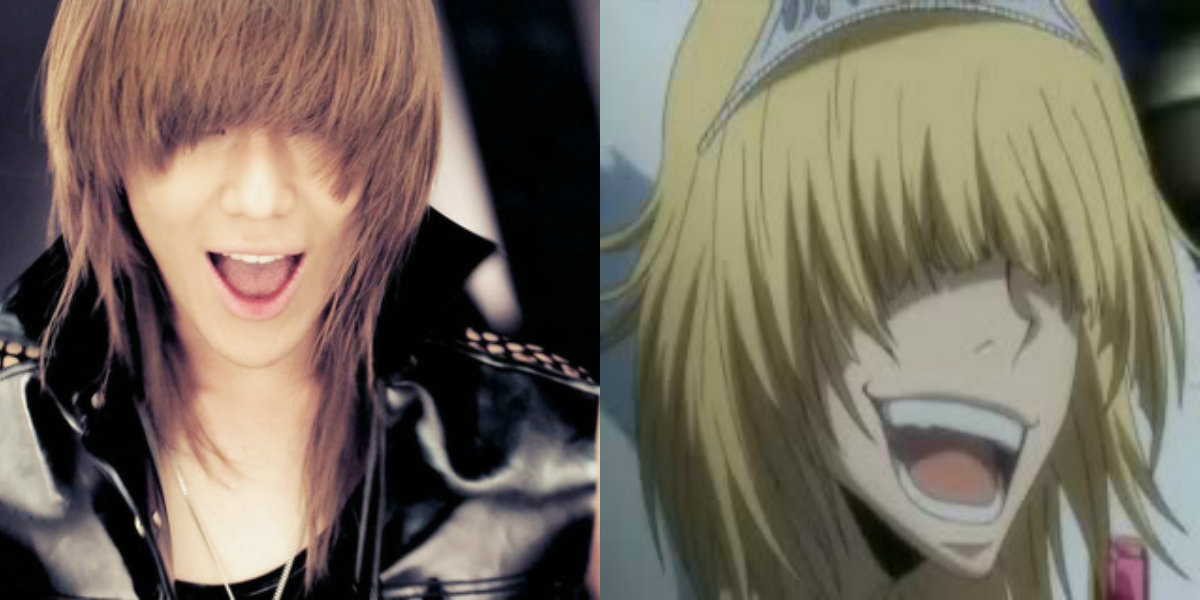 Taemin of SHINee as Rasiel from “Katekyo Hitman Reborn”

With the same grin and hairstyle, it makes one wonder if Taemin knew that an animated cartoon character was his identical twin! 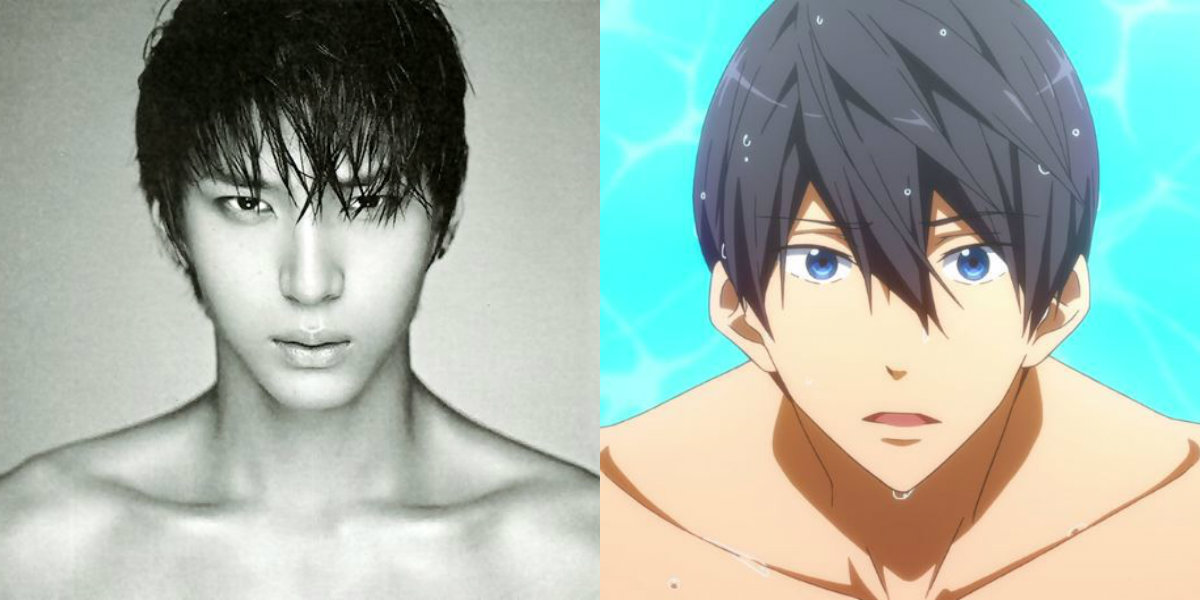 With a similar appearance, these two are even more startlingly alike in terms of personality. They both follow their outgoing friends while they quietly strive towards their dreams. 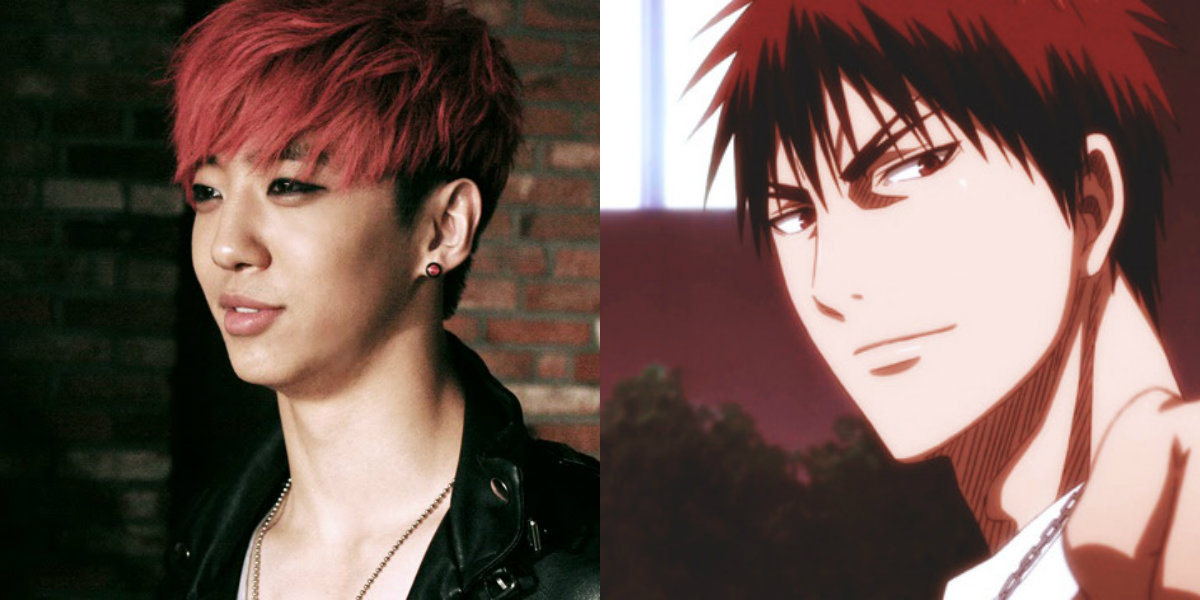 Both of these figures have unquestioned determination, but thankfully Yong Guk doesn’t appear to have a temper like Taiga’s! The identical hairstyle is perfect though! 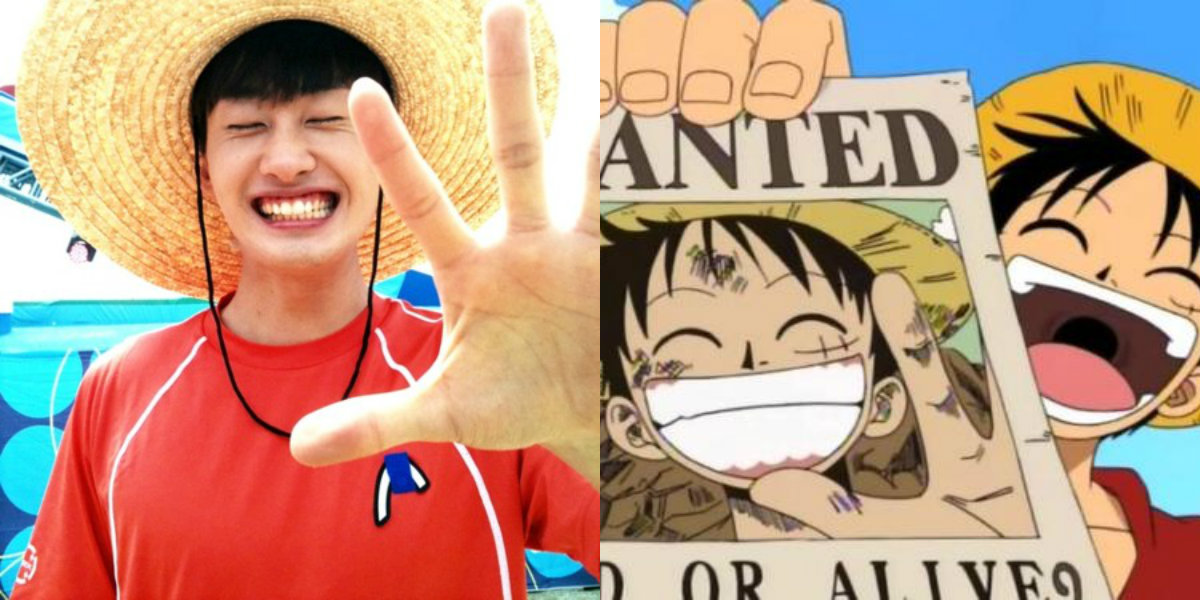 Eunhyuk of Super Junior as Monkey D. Luffy from “One Piece”

Probably the only thing as outrageous as this anime character’s name is the resemblance with Eunhyuk! Which Eunhyuk noticed as he posed for this classic K-pop/anime photo! 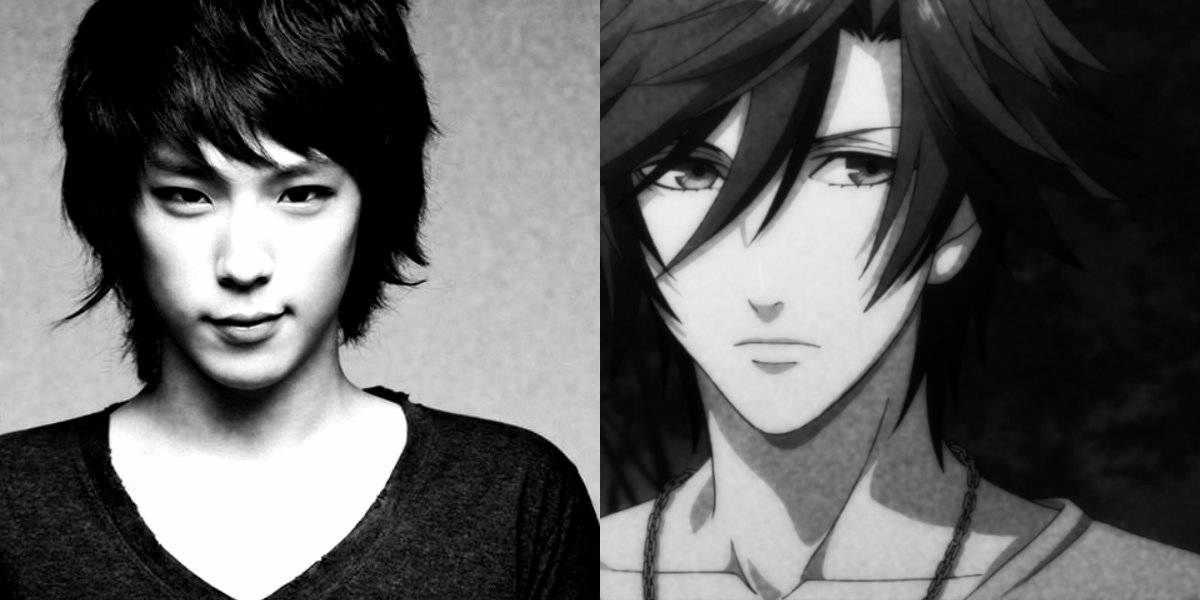 Himchan of B.A.P as Tokiya Ichinose from “Uta no Prince-sama”

Besides the identical eye structure and princely hair that they share, these two both have beautiful voices and are pursuing careers in music! (If Tokiya was real of course.) 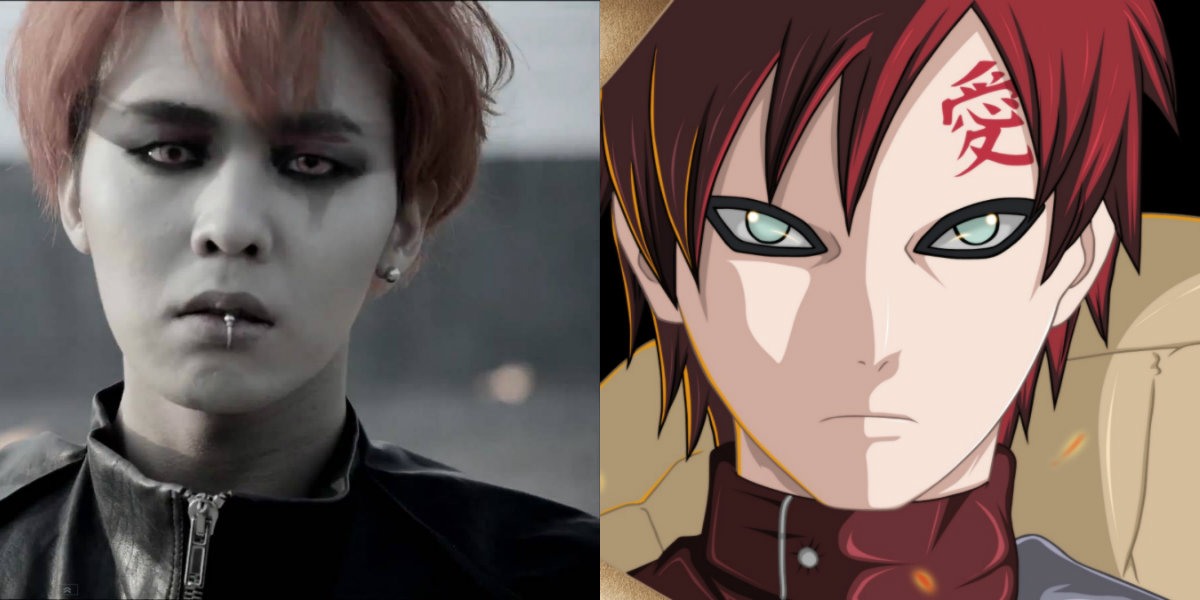 G-Dragon of BIGBANG as Gaara from “Naruto”

With his image for BIGBANG’s “Monster” MV, G-Dragon unintentionally ended up looking like this anime warrior! The amusing thing is that Gaara always appears to be wearing eyeliner, making him a likely candidate for K-pop lookalikes. 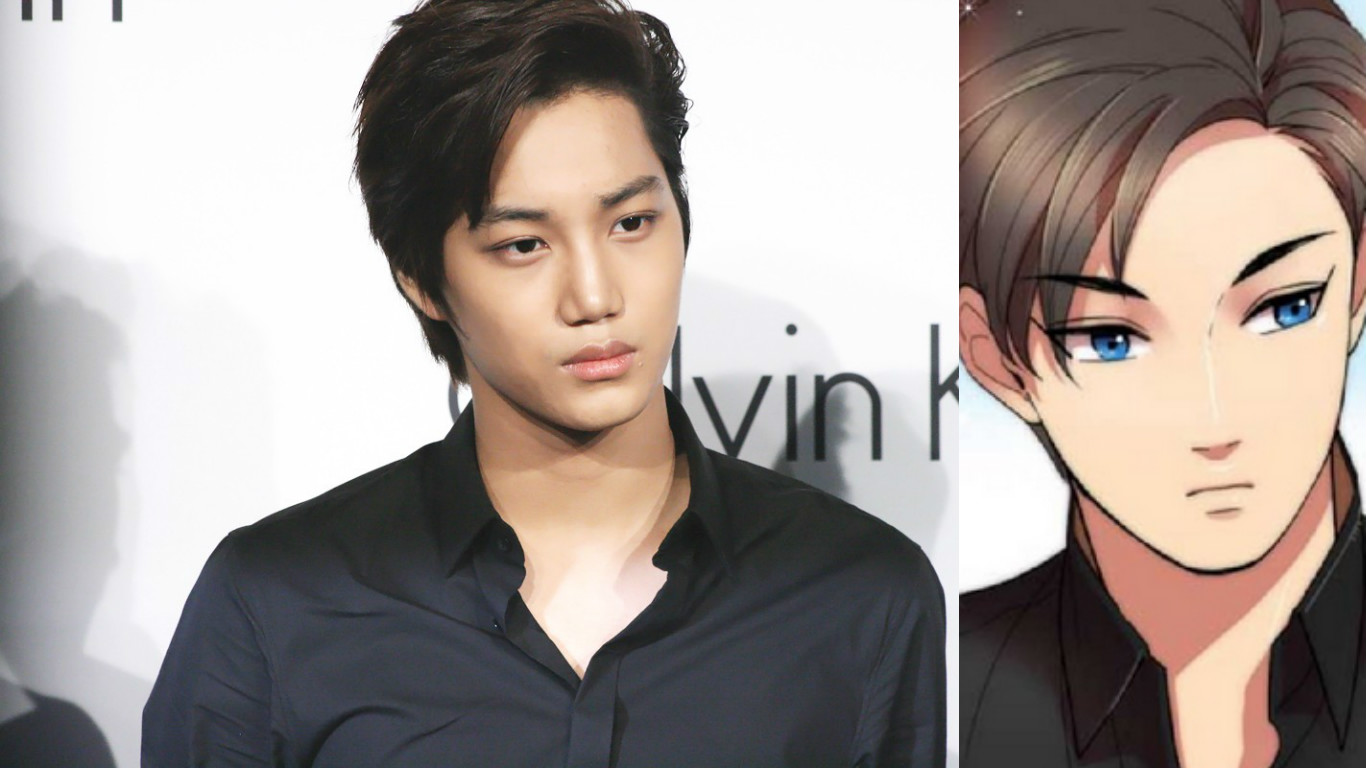 Besides Kai’s dark eyes there are no differences in these two pictures, to the point where people thought that Sinhyuk’s picture might be fan art of the artist. It is reported that Sinhyuk is either from a manga or manhwa called “Beauty Formula” that is nearly impossible to find.

We may never know if Sinhyuk is actually his own character or an amazing piece of fan art, but either way he deserves a spot on this list! 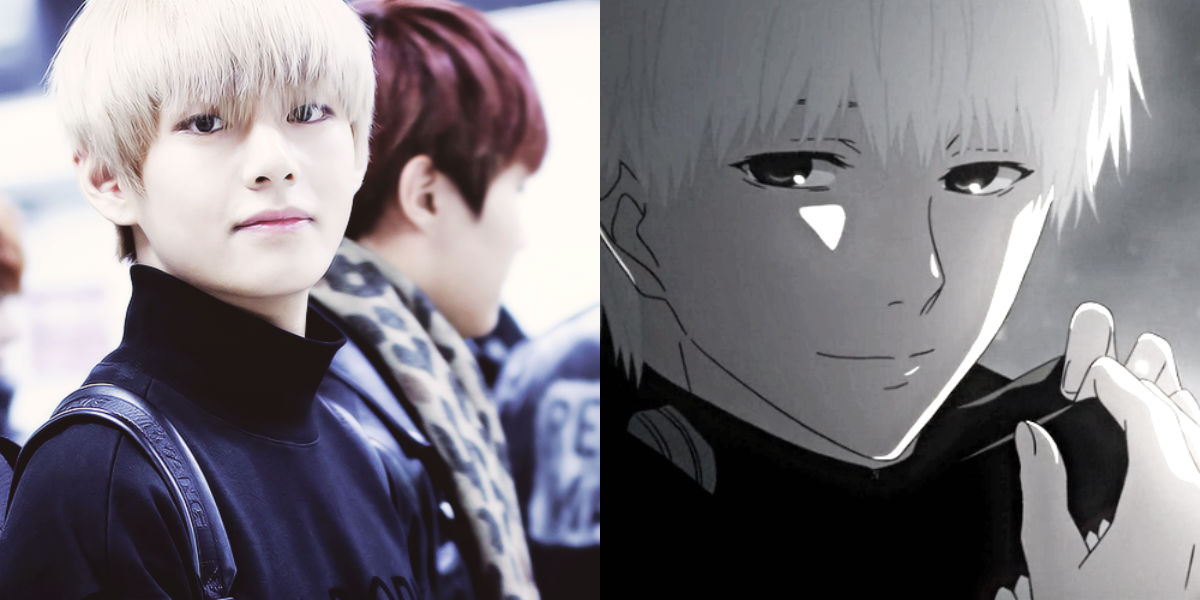 V of BTS as Kaneki Ken from “Tokyo Ghoul”

V’s personality couldn’t be more different from Kaneki’s, but they look exactly the same! From the black turtleneck to the white hair, this coincidental outfit on V left Kaneki looking like fan art!

This photo of V also just needs to be acknowledged as beautiful; it’s hard to believe it was taken in an airport! 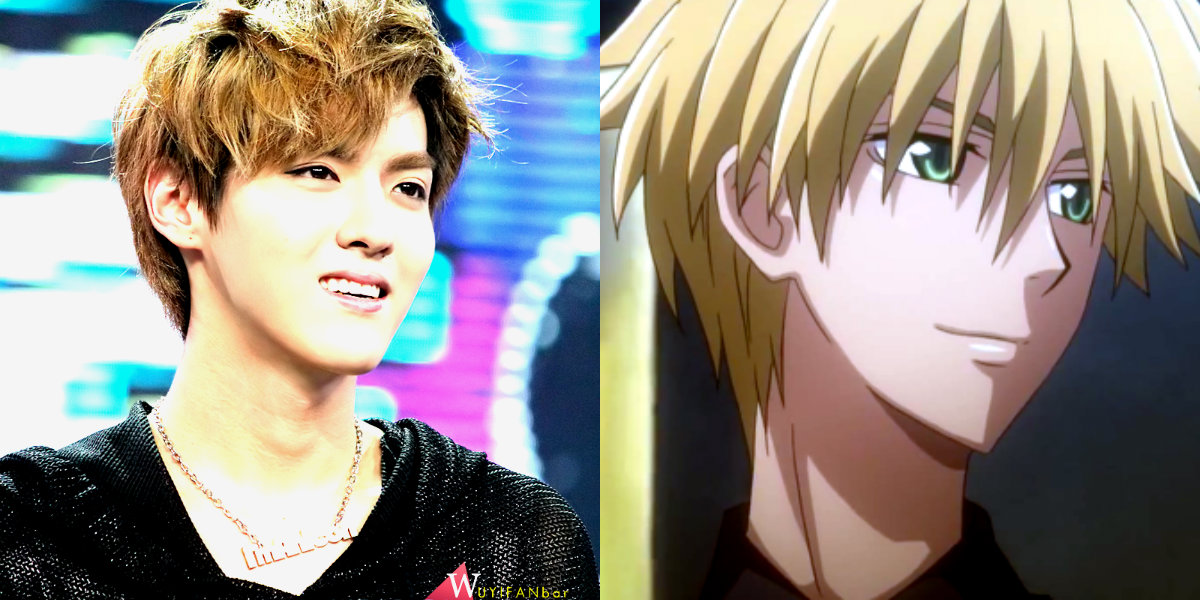 Back when Kris had his messy blonde hair, his image and personality fit perfectly with Usui’s cool characteristics and magnetic charm. 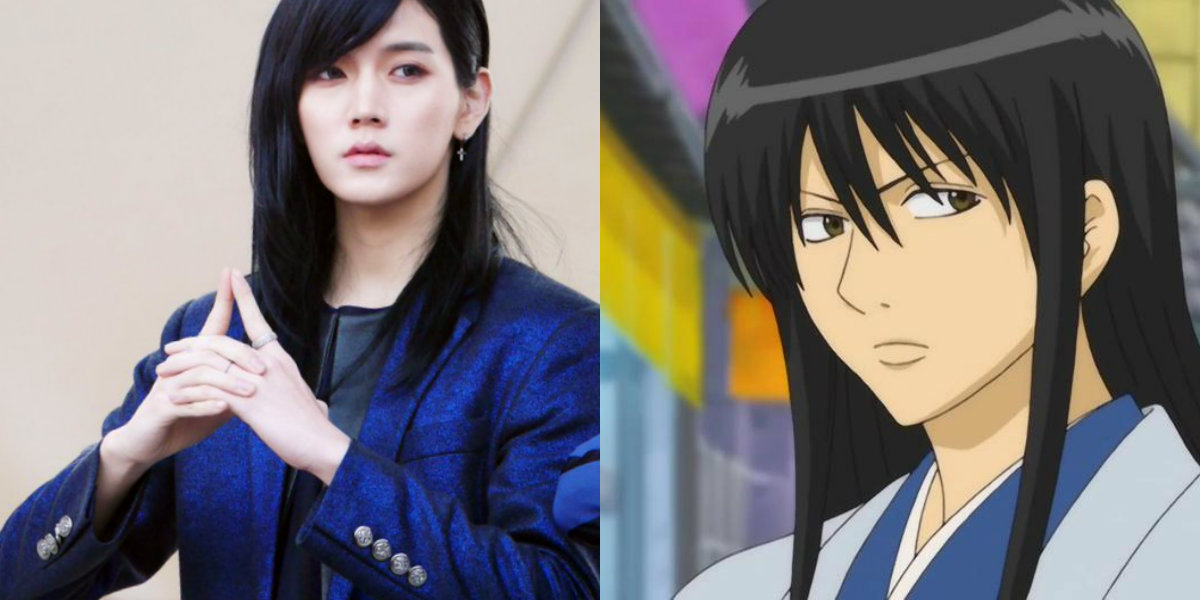 Thankfully, besides his dashing good looks and a couple occurrences of cross-dressing, Ren isn’t exactly like Katsura, who is a fugitive for most of his life. However, an unusual similarity they have is that Ren’s weight and height are perfectly matched with this fictitious character’s! 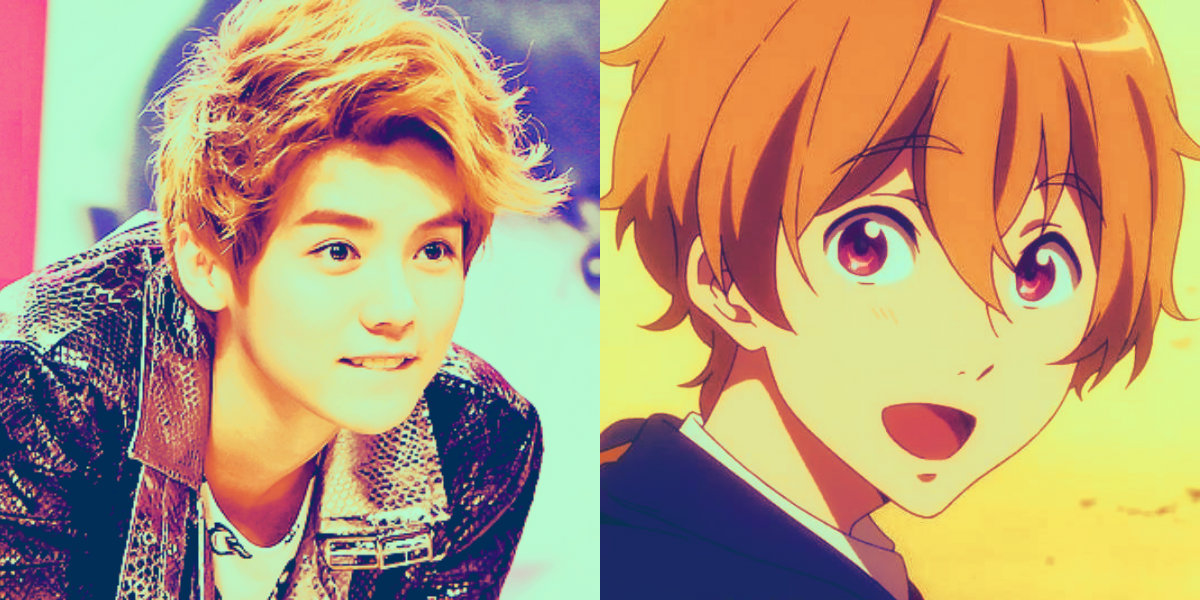 No matter how many times Luhan says he wants to appear manly, he hasn’t quite achieved it yet. He just so happens to be very similar to Nagisa, an adorable and energetic character from “Free!” It’s not just the blonde hair linking these two cuties, but their personalities, as they are both hyper and cheerful! 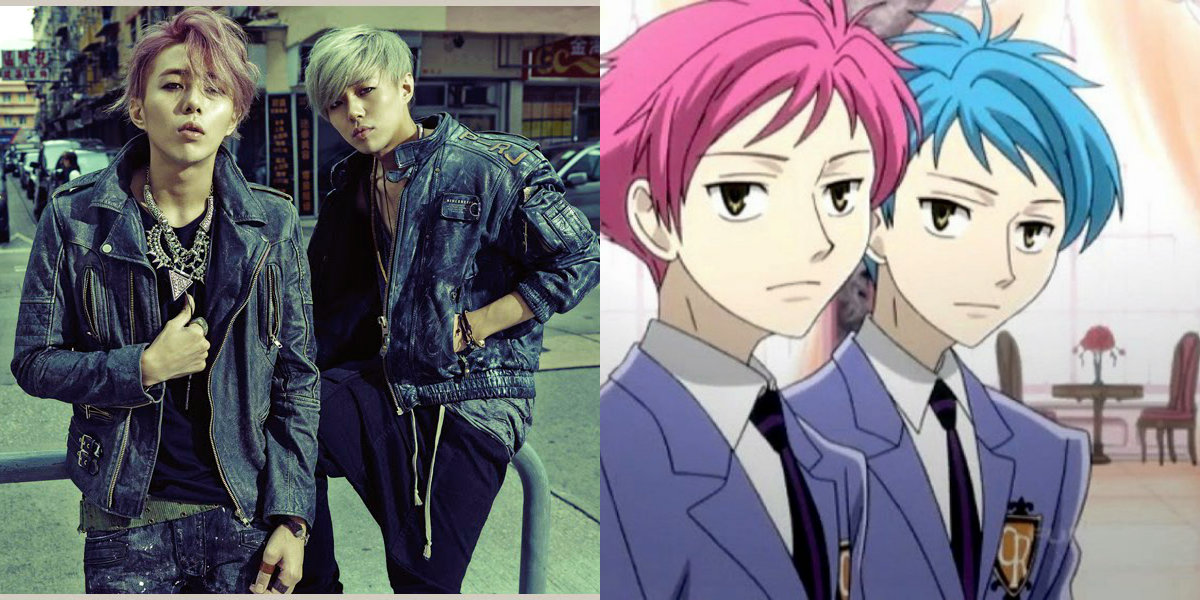 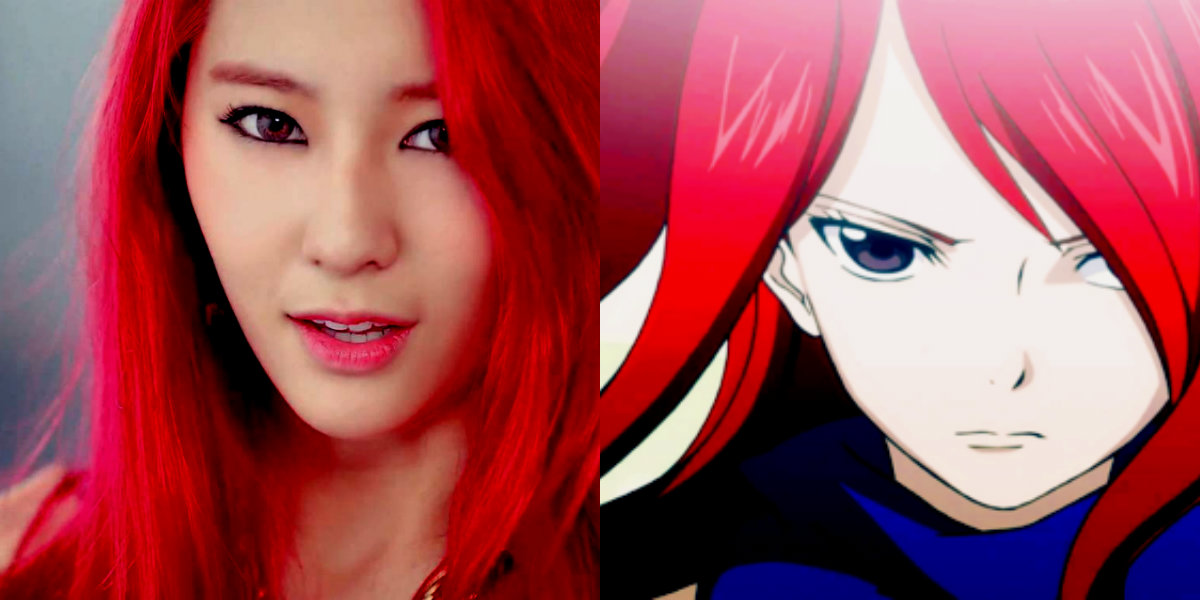 Krystal of f(x) as Erza from “Fairy Tail”

The vivid hair and purple eyes turns Krystal into the spitting image of Erza. Both of them also have a chic personality that won’t be swayed by others, but can still be sweet and considerate when the situation calls for it.

These two kick butt ladies are beautiful and courageous in their own ways! 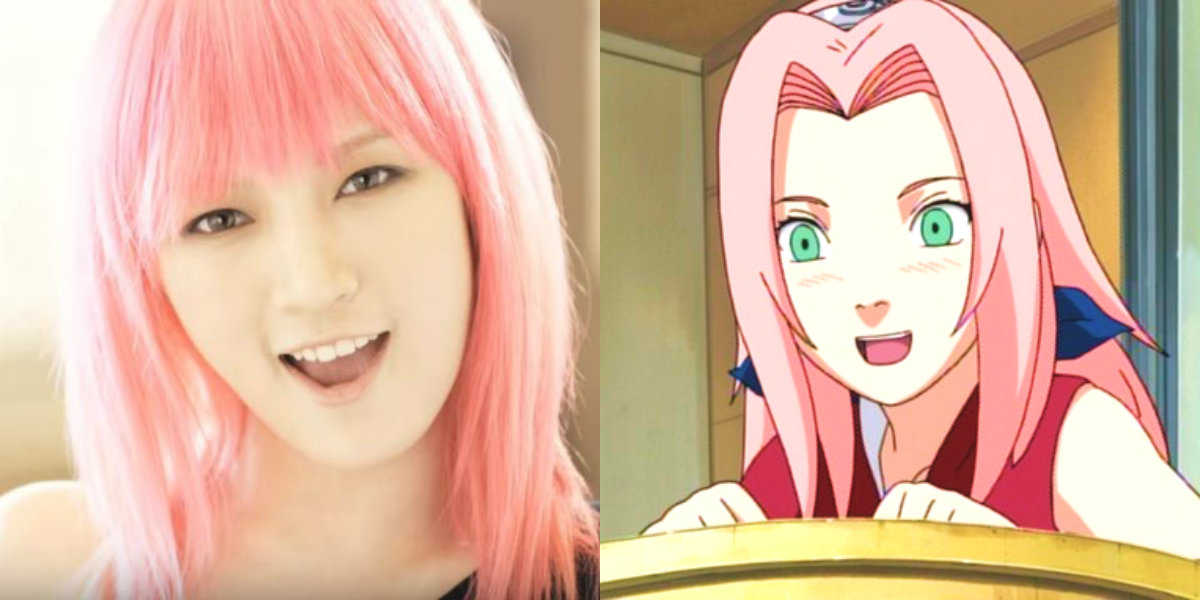 Meng Jia of miss A as Sakura Haruno from “Naruto”

If Jia was wearing a headband in this photo everyone would assume that she was cosplaying as Sakura. Instead she was just filming miss A’s “Bad Girl Good Girl,” and happened to have the same hair and expression as Sakura! 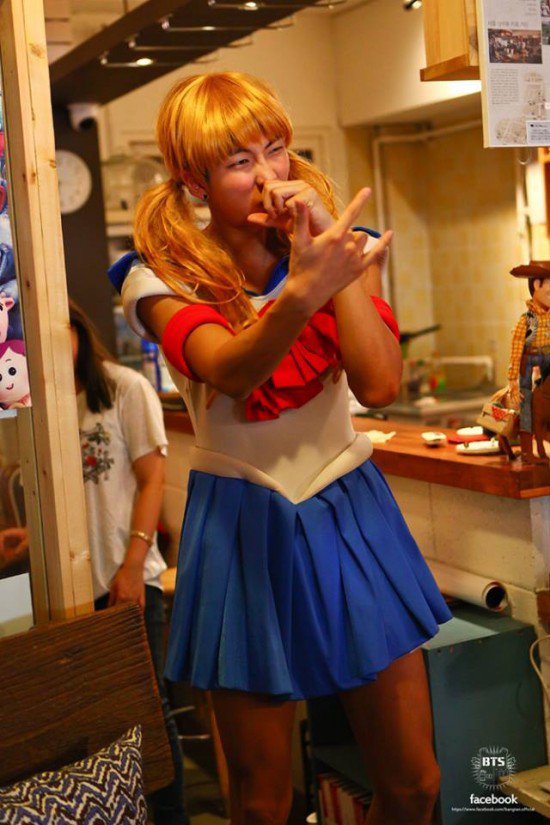 Rap Monster of BTS as Sailor Moon from “Sailor Moon”

No K-pop and anime lookalike list would be complete without this beautiful entry!

Let us know in the comments which idol looked the most like their anime counterpart!

t0ky0nights is a K-pop enthusiast, whose interests include many forms of Japanese, Chinese, and Korean entertainment. She can be found dancing or writing articles, as well as fiction and lyrics, most of the time. You can find her on Instagram here.