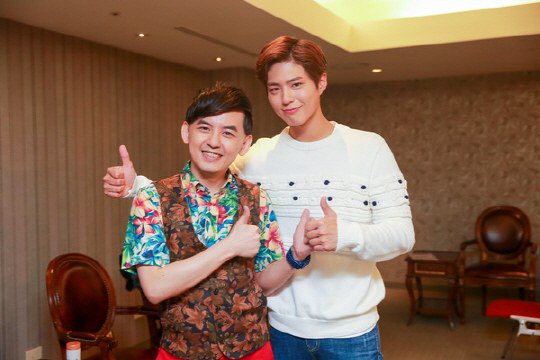 On May 8, a famous Taiwanese MC shared some behind-the-scenes stories about Park Bo Gum. The actor had held a fanmeeting in Taiwan with the MC in April.

“The fanmeet started at 4 p.m. but he asked if the rehearsal could take place at 10:30 a.m,” the MC said. “He had an intensely busy schedule, with at least three events every day, and he had only arrived the previous night at dawn. But he still wanted to rehearse that early, so how could I refuse?”

He added that it was Park Bo Gum’s first overseas fanmeeting and his first time holding an event in Taiwan. “From the start of the rehearsal to the end, he was sincere, positive, friendly, and warm-hearted.”

“When he cried reading his fan letters, I was also moved to tears,” he said. “I hope that his fans in Taiwan will never forget their first meeting with him.”

Park Bo Gum had also spoken about his fanmeeting, saying, “I have never promoted in Taiwan but I am grateful for their love and support. I’m grateful for all the letters and presents that they send to Korea, but I also wanted to tell them that it’s enough just to receive their love as a gift. Rather than spending money on me, I would prefer they buy gifts for themselves and their cherished ones.”

He added, “I want to be the kind of actor that when my fans say they like me, people can approve.”