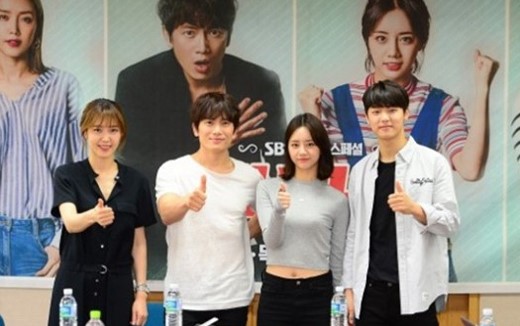 “Entertainer” Gets Extended By SBS

On March 12, SBS revealed that drama “Entertainer” will be getting extended.

A representative stated, “The reports that there were discussions to extend ‘Entertainer’ are true. It has been confirmed that it will be extended by two episodes. We hope you will have interest and watch.”

“Entertainer” had been planned to have 16 episodes but will now have 18 following the extension. Viewers will have one more week with the drama.

An affiliate of “Entertainer” commented, “Following the development of the story of the Ddanddara Band becoming whole, there have been many requests from viewers for a story about the band’s bright and hopeful story about their growth. We decided to extend because of this. The producers, cast, and everyone will do their best to make a solid story and sympathetic story.”

You can watch “Entertainer” every Wednesday and Thursday when it airs around 10 p.m. KST.

Check out the most recent episode below!

Entertainer
How does this article make you feel?