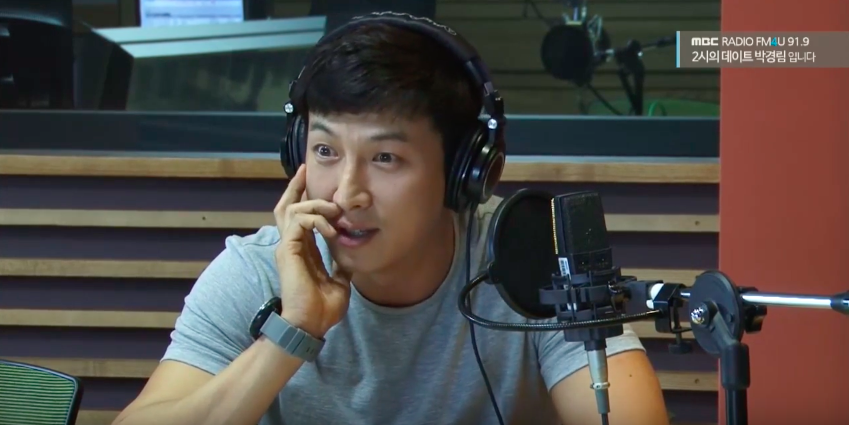 Was There A Ghost In The Studio On “Park Kyung Rim’s 2 O’Clock Date Radio”?

Sometimes things happen that we can’t explain, but what happens when such an incident occurs on live radio?

On the May 11 broadcast of “Park Kyung Rim’s 2 O’Clock Date Radio,” actor Park Gun Hyung appears as a guest, where he sings the song he proposed to his wife with. However, when he starts to sing, it sounds as though someone is harmonizing with him for a few seconds, before it stops and he sings alone.

When he finishes, the whole panel looks around in confusion. Park Gun Hyung looks visibly shocked and asks, “Who sang with me?” Park Kyung Rim chimes in, “Right? I thought someone else was singing too for a bit. I thought I was listening to a CD.” The producer tells them no effects were added in, and when Park Gun Hyung sings it again, only his voice is heard.

Park Gun Hyung comments, “Is there a ghost in the studio? I thought one of you were singing the harmony with me.” Fellow guest Hong Eun Hee denies it, saying, “It wasn’t me, this is the first time I’ve heard that song.”

Park Kyung Rim then says, “The technical staff will look into it and let everyone know.”

Check out the clip for yourself below! Do you think there was a ghost in the studio, or can this be explained away as techinical error?