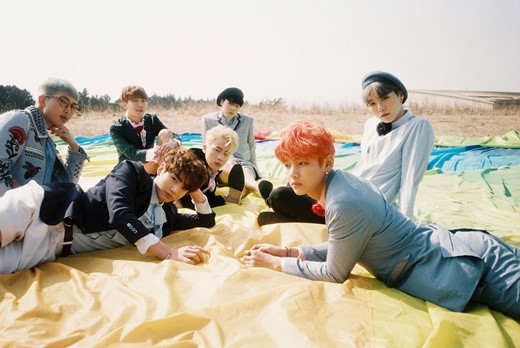 Leading up to the group’s upcoming Asia tour and performance at KCON, BTS has been given the honor of being the first K-pop act to ever have a Twitter emoji! 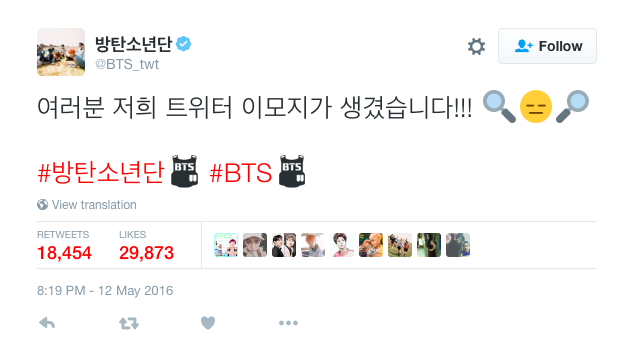 The Twitter emoji features a bullproof vest in homage to the group’s Korean name, which translates to “Bulletproof Boy Scouts.” The emoji launched on the morning of May 13 KST in order to track BTS’ fans across the world in a global contest. Fans can use the hashtags #BTS and #방탄소년단 to see the emoji and participate in the contest, which runs through 9 a.m. KST on June 23. The five countries with the most tweets using the hashtags will get special video messages from BTS.

BTS is one of the most active K-pop groups on Twitter, making it no surprise that they were chosen to be the first K-pop act to be given a featured emoji. Twitter Korea chose a group selfie as the Golden Tweet of 2015.

Congratulations to BTS for yet another record set!

Turn Up. People Are Showing BTS Love And They Don’t Even Know It.