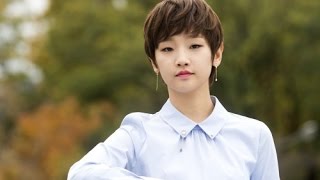 Park So Dam has requested a conflict mediation from the Entertainment Management Association.

On April 12, a representative of the actress’s agency, Caramel ENT, said, “It is true that we have filed for a conflict mediation with the Korean Entertainment Management Association. We will go along with whatever they decide.”

Recently, Park So Dam has been involved in a casting controversy after her two upcoming dramas appeared to overlap broadcasting schedules.

Park So Dam is currently working on the pre-produced drama “Cinderella and the Four Knights.” Filming was supposed to wrap up at the end of April but has been pushed back until May. Park So Dam’s representatives have stated that she is scheduled to start filming the KBS drama “Beautiful Mind” in June.

Representatives of the three public broadcasters and the cable channel tvN have stated they have not yet been in any discussions over “Cinderella and the Four Knights.”

The Entertainment Management Association said, “Park So Dam’s side personally filed a request for a dispute mediation. We will make a judgment after reviewing the agenda and the standard regulations.”

Park So Dam
How does this article make you feel?