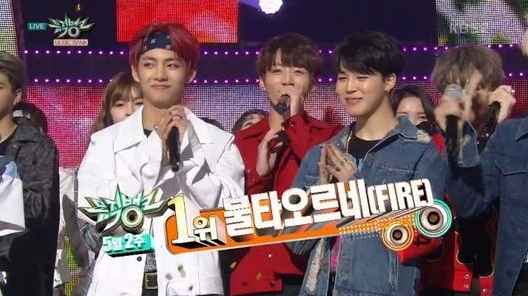 Watch: BTS Gets 2nd Win With “Fire” On “Music Bank”

The May 13 episode of KBS2’s “Music Bank” featured BTS and TWICE in the running for first place. BTS ultimately clenched the win with 8,869 points.

J-Hope gave thanks to everyone especially their fans, ARMY. V was sure to thank their parents as well. The members tossed Jungkook into the air and caught him as a part of their promise.

See their win and performances below!