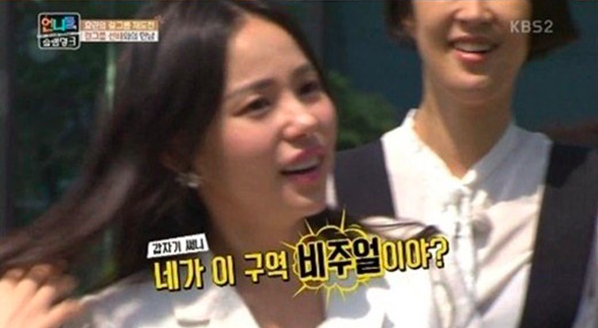 On the May 13 episode of “Sister’s Slam Dunk,” the cast visited TWICE on the set of “Music Bank” in order to fulfill Min Hyo Rin’s dream of becoming a girl group member.

When Min Hyo Rin meets TWICE, she tries to get tough with them, using a line from the movie “Sunny.” “Which of you is the visual?” she shouts.

The TWICE members put Nayeon in the line of fire, but when Min Hyo Rin sees her, she quickly folds. “What do I do, she’s so pretty,” she says, running to hug her instead. 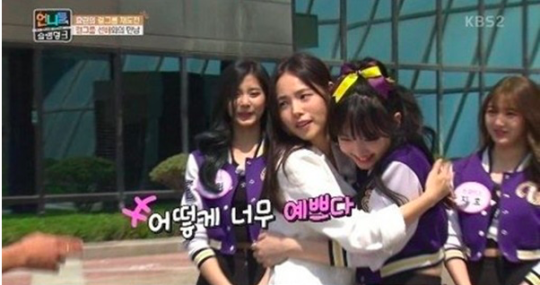 Jessi, who is standing on the sidelines, observes, “Unni, you look so young, but I can see the age difference here.” 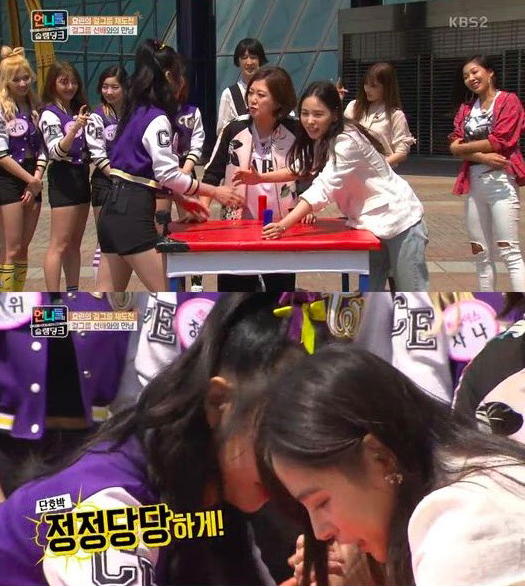 Nayeon and Min Hyo Rin then participate in an arm-wrestling match, which the actress wins.