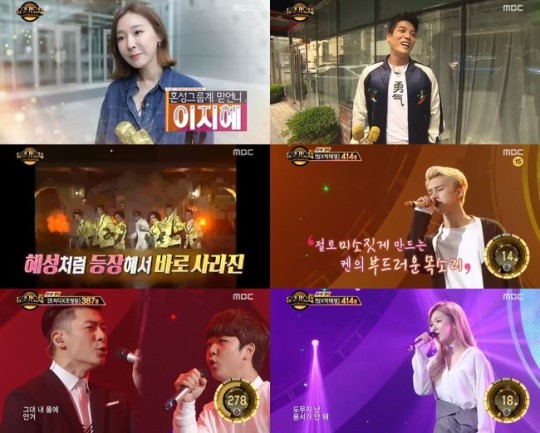 Cho PD and his partner sang DJ Doc’s “OK OK” and excited the crowd to a total of 387 votes. Tim and Park Tae Young sang a song by Yoo Jae Ha and made the audience tear up with a result of 414 votes.

Wendy and her partner sang Park Hyo Shin’s “What I Can’t Do For You” but despite their emotional performance, failed to beat out the lead with 345 votes.

Ken and Choi Sang Yeob sang Deulgukhwa’s “That’s My Own World” and with impressive high notes they took the lead with 437 votes. Although Changmin and his partner did his best with Baek Ji Young’s “Don’t Forget Me,” they were unable to break that lead, as well as Lee Ji Hye’s duet with TaeTiSeo’s “Twinkle.” 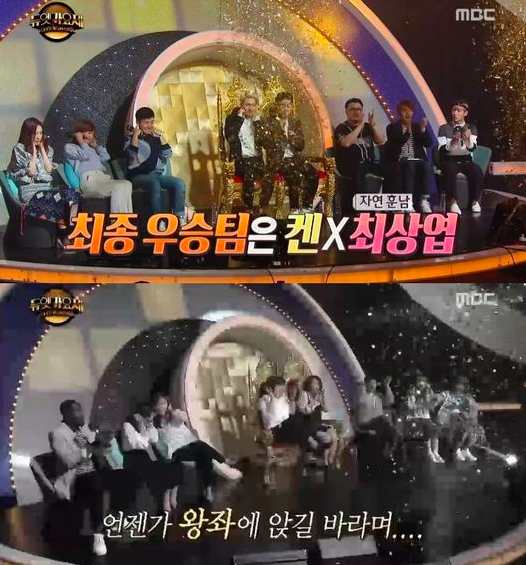 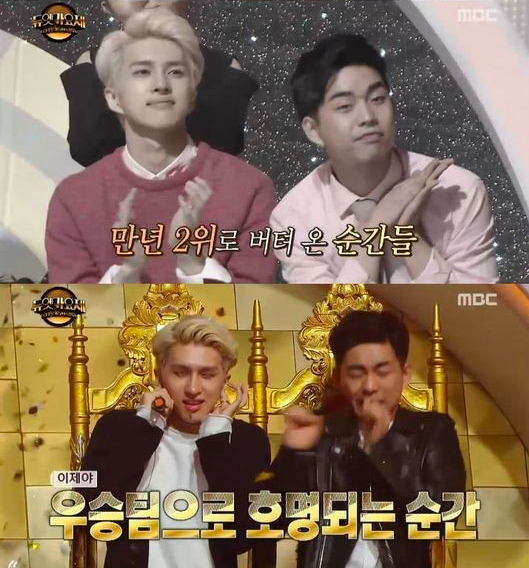 Ken and Choi Sang Yeob have appeared in four episodes of “Duet Song Festival,” after being picked three times as the “duet we want to see again.” This is the first win for the team!

MC Sung Si Kyung said, “High notes aren’t always the answer, but Ken really knows how to use them.”

Watch the winning performance below!