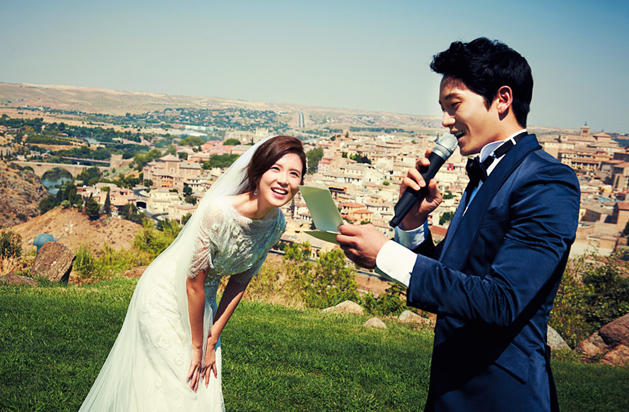 On May 15, Ji Sung posted an endearing message and photo to commemorate Lee Bo Young’s debut. His Instagram reads, “Thank you for being our star for 14 years and 122,760 hours.” The caption reads, “Congratulations hoobae Lee Bo Young.”

Ji Sung and Lee Bo Young tied the knot in September of 2013 after a seven-year-long courtship. They welcomed their first child into the world in June of last year.

Ji Sung
Lee Bo Young
How does this article make you feel?