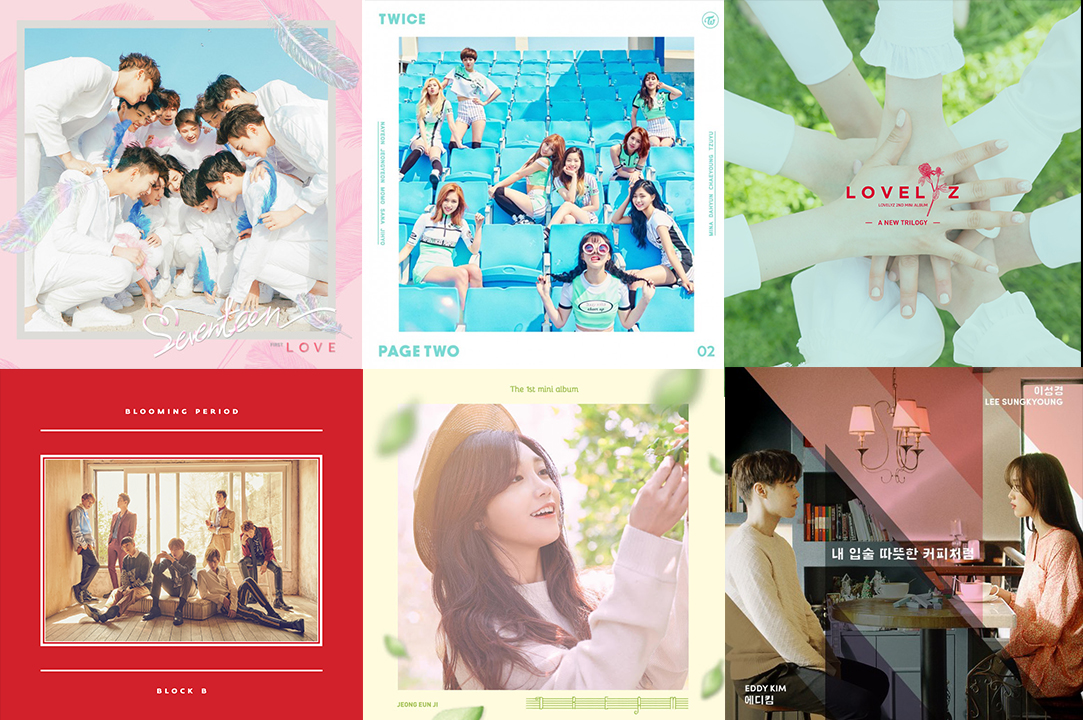 TWICE scores their first No. 1 song on our chart this week with “Cheer Up.” This song was nearly unanimous last week on all chart sources and is just five points off a perfect score. As they debuted late last year, they did not build up enough popularity by year end to win any rookie awards. With TWICE’s gaining huge popularity since then, they can be easily considered one of the biggest groups to debut in 2015. “Cheer Up” won on Inkigayo, Music Bank, and M!Countdown last week. Congratulations to TWICE.

There are three new songs in the top 10 this week. Moving up eight spots to No. 3 is SEVENTEEN, last year’s top rookie in our Soompi Awards. They recently released their first full album “Love & Letter.” Title track “Pretty U” becomes their first top three hit this week. This song is part three and the climax of their love story told through SEVENTEEN’s previous hits “Adore U” and “Mansae.” The witty lyrics describe they are head over heels for the girl. “Pretty U” won on Show Champion last week.

Moving up 11 spots is Eddie Kim’s remake of S#arp’s classic hit “My Lips…Like Warm Coffee.” The original song was a big hit in the winter of 2001 and has been frequently sung by other artists or talent show contestants over the years. Eddie Kim’s version has a distinctive R&B sound. Rising actress and model Lee Sung Kyung is featured as the female voice of the song.

Debuting at No. 9 is Akdong Musician’s new song “RE-BYE.” It is one of the two title tracks from Part 1 of their mini-album “Spring.” It is a jazz style pop song written by Lee Chan Hyuk. The lyrics describe a person who doesn’t want to feel the pain of separation any more. Akdong Musician’s other title track “How People Move” also debuts just outside of the top 10 at No. 11 this week. It wouldn’t be a huge surprise to see both songs in the top five next week, perhaps even challenging for the top spot.