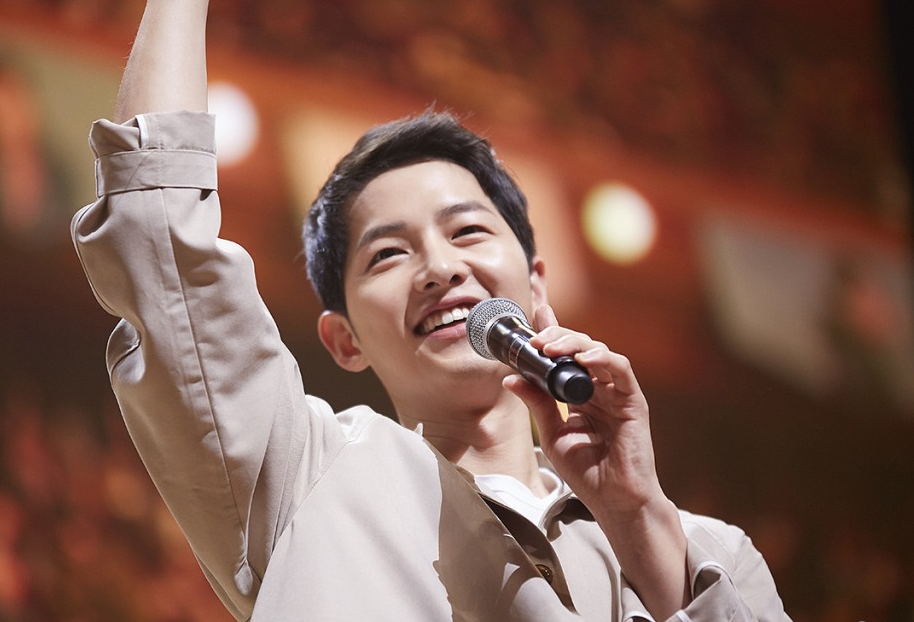 Shortly following reports that tickets to watch Song Joong Ki in a Chinese variety show were illegally sold at high prices, it has been discovered that tickets for his Chinese fan meetings have also been going on sale illegally.

Meanwhile, Song Joong Ki held his fan meeting in Beijing on May 14 to great success. He prepared various performances for his Chinese fans, and even showed off his Chinese singing skills with the song “Long Time No See,” touching the hearts of the audience members.

Song Joong Ki will continue his tour of China in Wuhan on May 21.