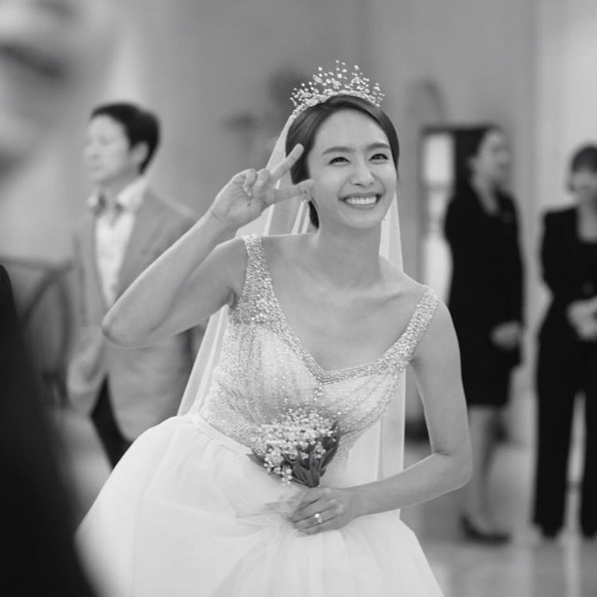 The former Jewelry member married pro-golfer Jeon Sang Woo on May 15 in a ceremony in Gangnam, Seoul. The pair met last year through a mutual friend, and are now married after a year and five months of dating.

At the ceremony, Park Jung Ah said to the press with a big smile, “I’ll live a happy life.” When talking about the process of preparing for her wedding and her ceremony that day, she says, “It’s all a process of becoming an adult.”

She also told the media that her new husband had proposed to her with a handwritten letter. When asked about plans to start a family, she said, “We’re planning on starting a family next year.”

Many of her former fellow members of Jewelry, including Park Se Mi, Ha Joo Yeon (Baby J), Kim Eun Jung, Kim Ye Won, and Seo In Young, came to congratulate her by singing a song at the wedding. 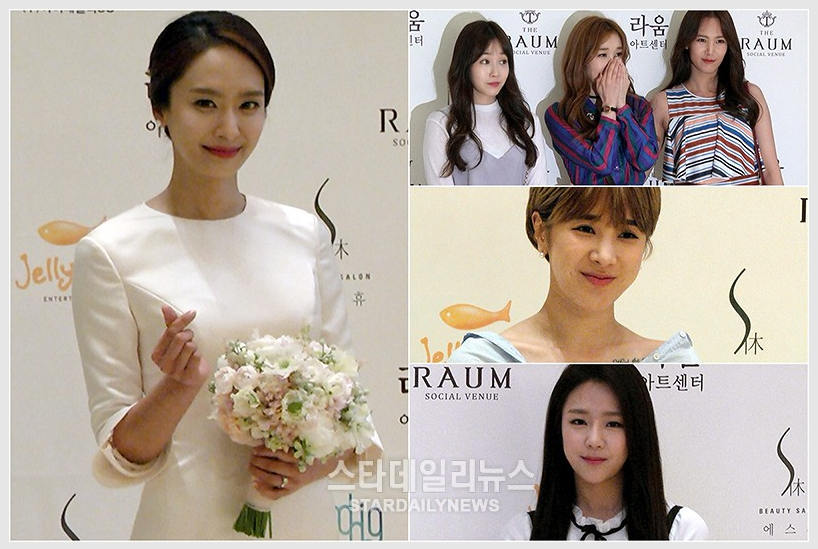 Seo In Young told reporters, “It’s strange to me that she’s getting married, as she’s someone I’ve known since I was 18 years old. But I truly wish her happiness. She asked us to sing her a song today, and we’ll work hard.”

Park Jung Ah’s agency Jellyfish Entertainment also shared a beautiful photo of the singer and actress at her wedding to their Instagram.