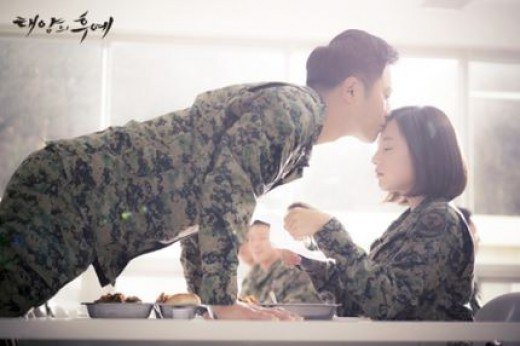 On May 14, the OST concert for KBS2’s “Descendants of the Sun” was held in Kyung Hee University Hall of Peace, where Jin Goo disclosed a behind-the-scenes story about one of his kiss scenes with his co-star.

During the concert, the actor commented, “Kim Ji Won and I had a beautiful kiss scene that wasn’t aired.”

He then shared, “There is a scene where Seo Dae Young recalls when he confessed to Yoon Myung Joo and kissed her. There were around 200 soldiers as extras, who were actually real soldiers. We filmed the scene in cooperation with the military.”

The actor continued, “The soldiers cheered when I kissed her on the forehead first. The moment we kissed each other on the lips, the soldiers went wild. They weren’t even instructed to do that.”

He joked, “I’d like to take this opportunity to apologize.”

The “Descendants of the Sun” OST concert was attended by actors Jin Goo, Kim Ji Won, Lee Seung Joon, and Seo Jeong Yeon, along with the artists who performed the hit drama’s soundtrack.