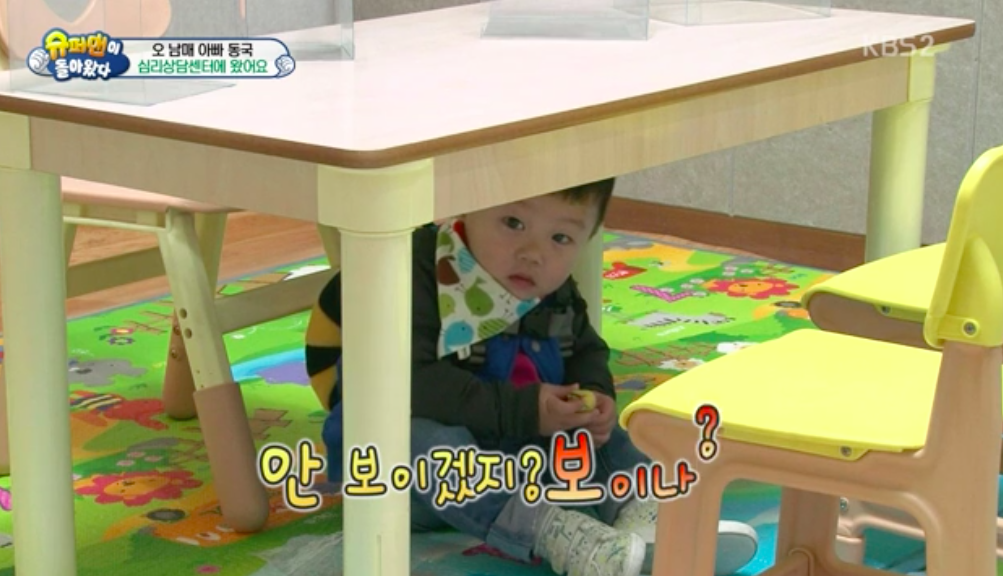 Lee Dong Gook’s adorable 18-month-old son Daebak doesn’t let anything get between him and a delicious snack!

On May 15’s episode of “The Return of Superman,” Lee Dong Gook takes his three youngest children to a psychology center to undergo some tests to check their development. 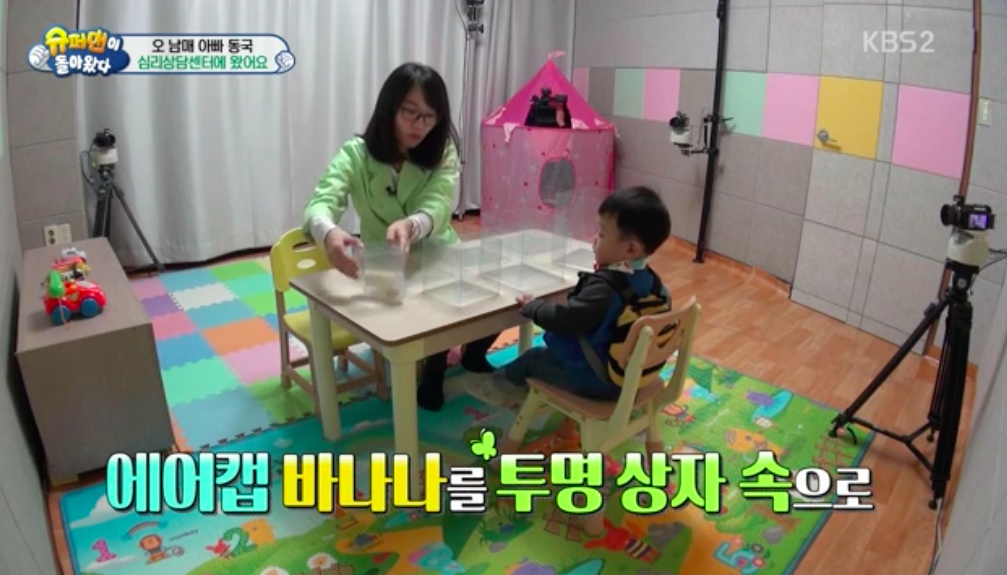 For young Daebak, his test is to try to get to a banana that’s been wrapped up in bubble wrap and put in several transparent boxes with lids. 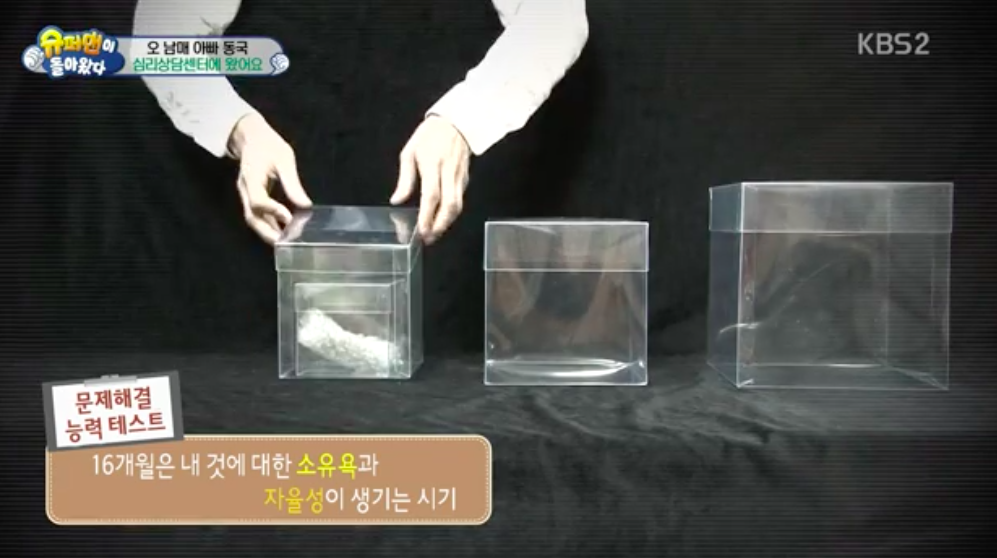 He gets the lids off the first couple boxes easily, saying “Wow!” to himself when the first one slips off. He then finds it hard to get to the next one because his arm is too short. 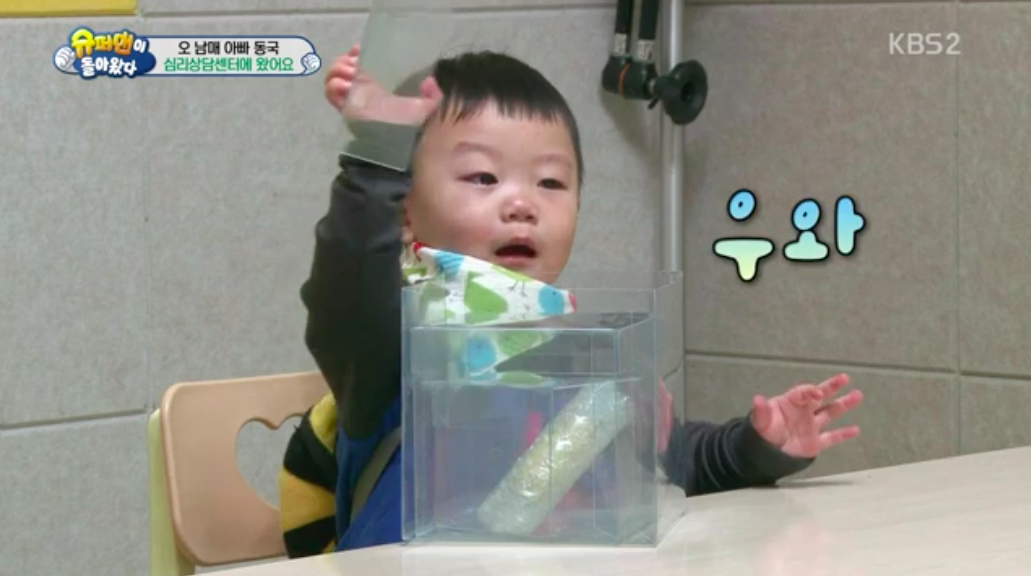 However, he quickly figures out that if he turns the big box over, he can get at the smaller box inside! 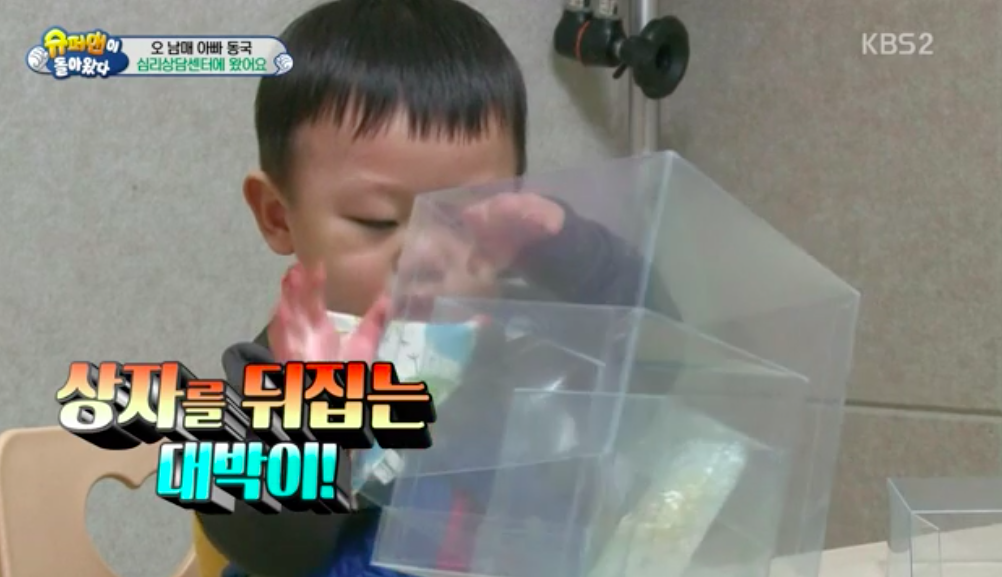 Now that the boxes are upside down with the lids on the bottom, it’s easy for him to simply lift off the boxes without having to try to reach inside, and it only takes him seconds to get at the precious treasure. 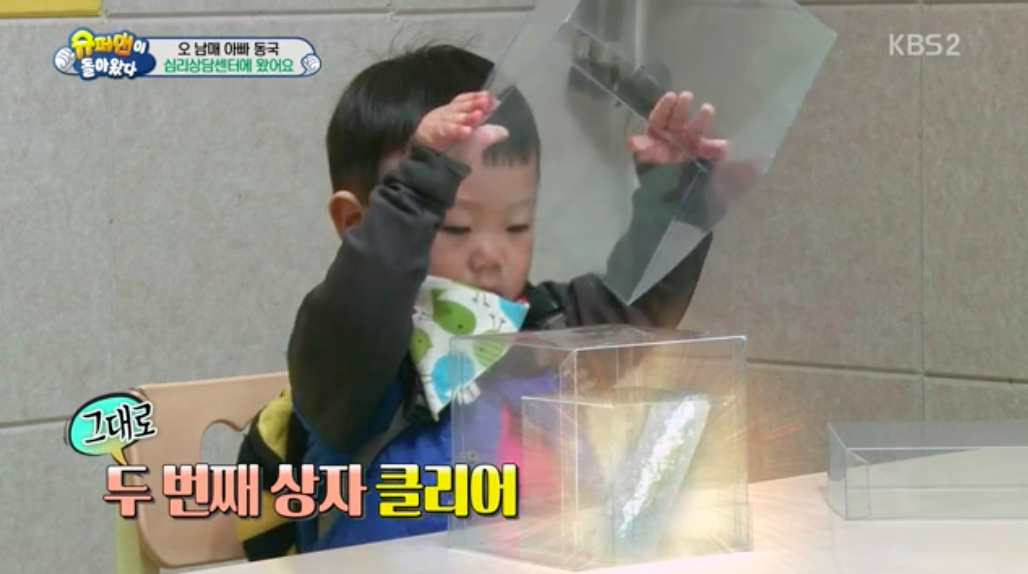 He gets a little stumped by the bubble wrap, and tries to put all his strength into getting it open. Although he seems to consider going over to the cameraman to ask for help, he instead takes a deep sigh and returns to the task. It’s not long before he figures out how to take off the sticker holding the bubble wrap together, and the banana falls to the ground! 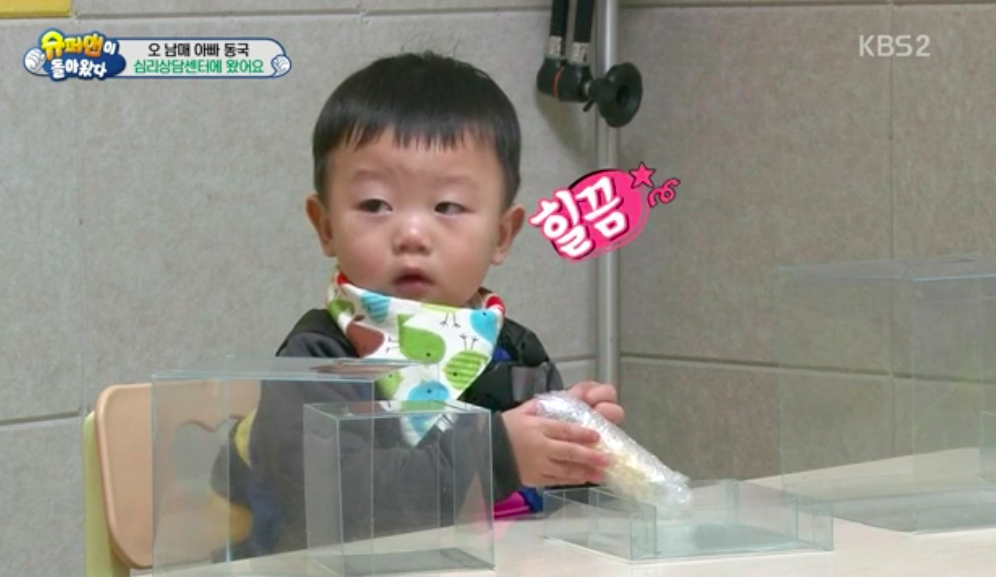 He crawls under the table to get it, and then adorably sits down on the floor under the table. Unable to peel it himself, he doesn’t eat it and instead just gets a taste of the banana by touching the open end and then licking his finger. He even holds his finger out to the cameraman, trying to share the taste! 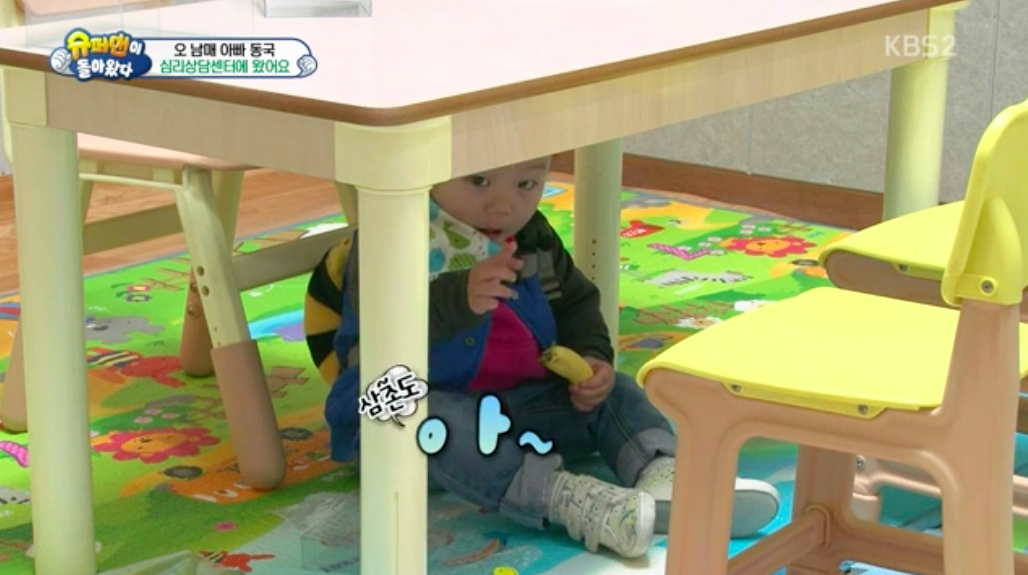 The center’s expert tells Lee Dong Gook that Daebak has impressive observation skills and abilities. She adds, “He’s been learning a lot from watching his older sisters.”

See more of Daebak and his family on this week’s episode of “The Return of Superman” below!