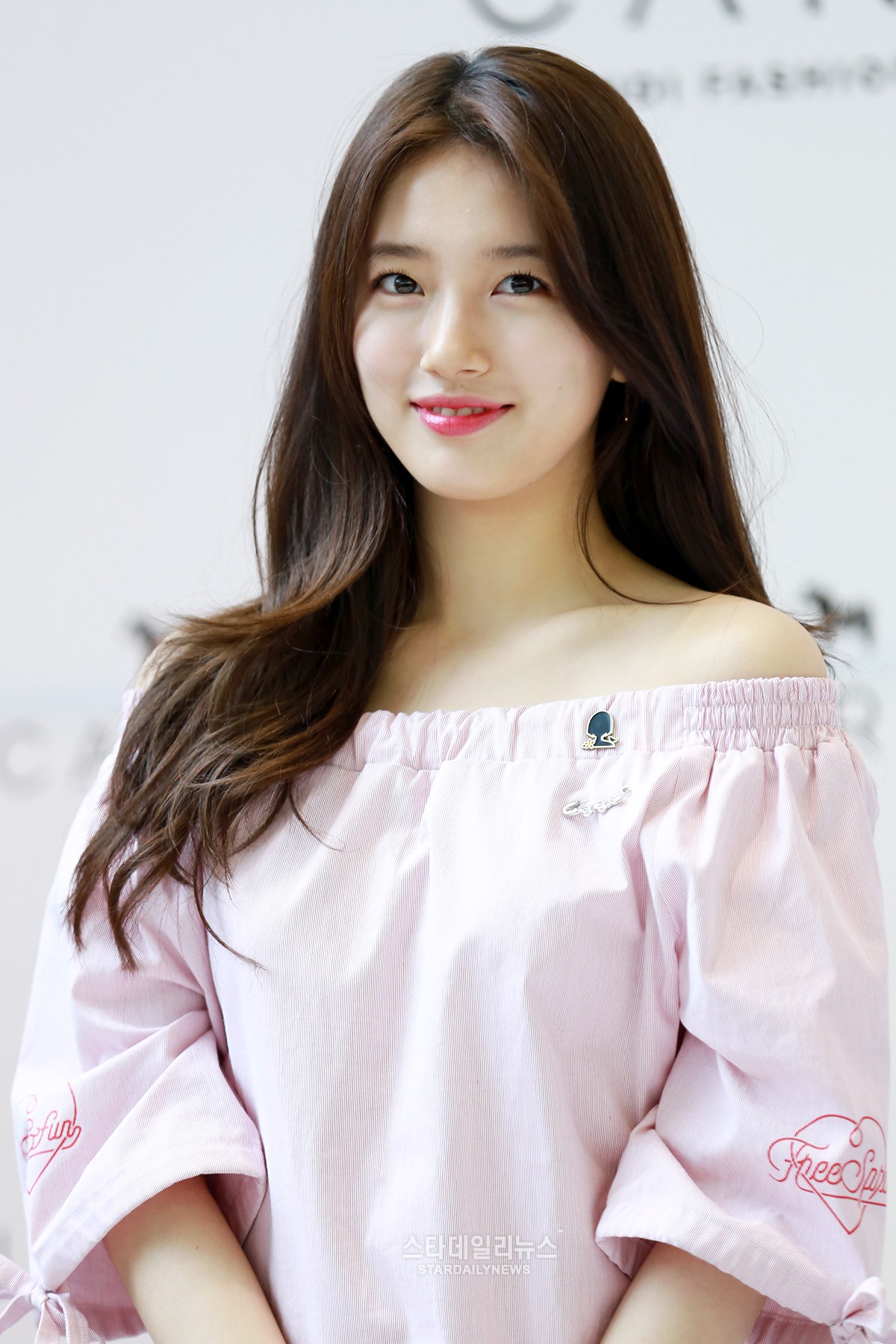 miss A’s Suzy was recently seen wearing a “comfort woman statue” pin to an event, showing her support of some of the victims of World War II.

Suzy was seen wearing the pin, which depicts the statue meant to commemorate comfort women, at a fan sign event for sunglasses brand Carin at the Shinsegae Department Store in western Seoul. The young idol and actress wore the pin in a one-person show of solidarity for the comfort women, who are now grandmothers.

Suzy’s indirect statement comes just days after AOA’s Seolhyun and Jimin came under fire for not knowing the history of their country. However, Suzy has long been invested in the issue of comfort women; last year, she gained much interest after she was spotted using a phone case that featured one survivor’s artwork.

The issue of “comfort women” – victims of sexual slavery at the hands of Japanese soldiers during World War II – has long been a tension point between Japan and South Korea. Despite the deal brokered between the two governments late last year regarding the issue, Japan still has yet to act because their demands of the removal of the comfort women memorial statue, which sits outside the Japanese embassy in Seoul, have been flatly denied by Korea.

What are your thoughts on Suzy’s decision to wear the pin?

Suzy
Star Daily News
miss A
How does this article make you feel?