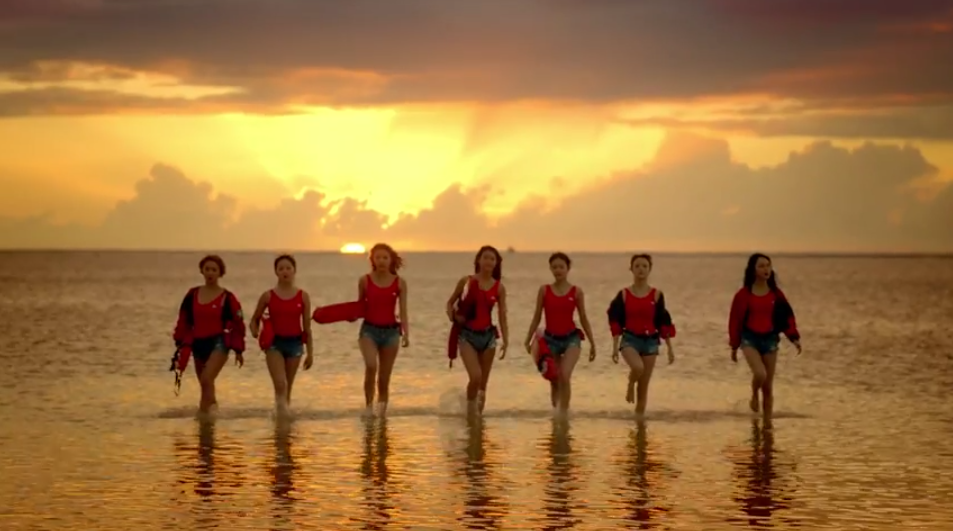 AOA’s new title track “Good Luck” has been taking the music charts by storm since its release at 12 a.m. KST on May 16.

However, shortly after its release, the music video became unavailable. It was later re-uploaded, but many have noticed edits to the music video and are speculating as to what the reasons might be. 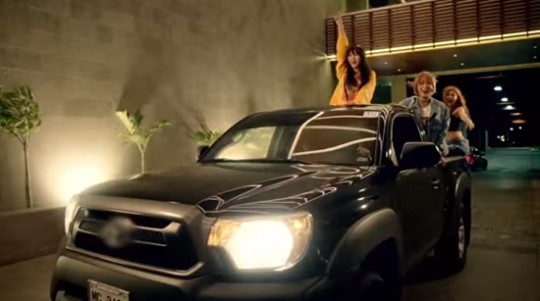 Fans noticed that the edited scenes are those that included product placement. A “Toyota” logo on a car was blurred out in one scene at 2 minutes 37 seconds, while another scene at 2 minutes 43 seconds was cut completely. Fans speculate that these edits are due to the inclusion of “Toyota” and “Honda” branded cars, both of which are Japanese companies, and that they were removed to show sensitivity for the recent history controversy, in which members were unable to identify an important Korean historical figure who fought for Korean independence from Japanese colonial rule.

AOA’s agency, FNC Entertainment have responded to the speculations, stating, “Excluding the vehicles, we admit that other products in the music video were included as product placement. The vehicles, however, were merely borrowed due to the local situation and we had no intention to show [the brand].”

They continued, “If there are parts [of the music video] which are not well done, or are lacking, we will not hide them and will apologize for them accordingly. We hope that there will be no misunderstandings regarding the vehicles and brand product placement.”

AOA’s agency, FNC Entertainment had previously asked for understanding from fans on their Twitter for the video being taken down, explaining that they had to edit it due to an error having been made.

You can check out the re-uploaded video below:

What are you thoughts on the situation?

AOA
FNC Entertainment
Seolhyun
Shin Jimin
How does this article make you feel?