Amber has now revealed a new teaser for her digital single, which reveals that her track “On My Own” will feature her good friend, Singaporean artist Gen Neo. She tweeted the teaser with the caption, “Finally a song with the fam.”

She later tweeted to add, “btw it is my handwriting in the teaser.. u can tell by the messiness and the random uppercase/lowercase letters… but its from the heart!<3” 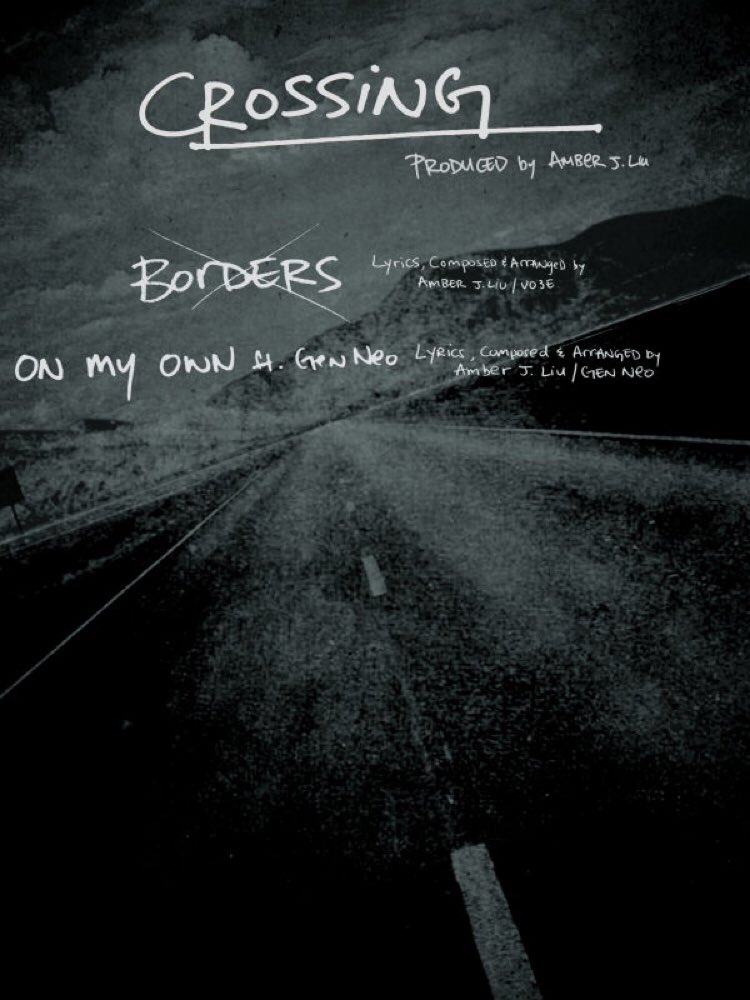 In addition to dropping a surprise music video teaser on us, f(x)’s Amber keeps the surprises coming with the release of a digital single!

The single, titled “On My Own,” is set to drop on numerous music sites on May 18. Contrary to the music video teaser, which was called “CROSSING,” the title track on the single will also be titled “On My Own.” Amber directly participated in all aspects of the song, including writing the song, its lyrics, and the arrangement, and the song is based on her personal experiences. The lyrics speak about the effort to not lose hope when the going gets tough.

Amber has long been a champion for self-confidence and self-esteem, releasing songs such as “Beautiful” on her solo first album and “Borders” through the SM STATION project. It seems as though this new track will continue along that trend.

Are you excited to see what this new digital single will bring?