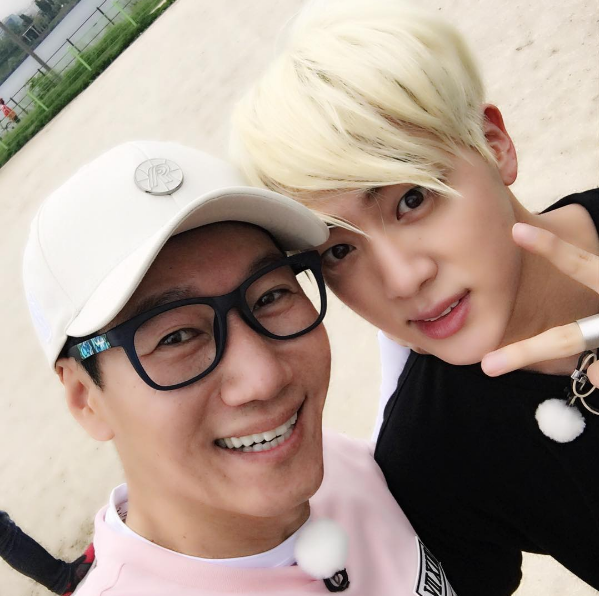 Ji Suk Jin has shared a selfie with his namesake, Jin of BTS!

On May 16, Ji Suk Jin posted a photo of Jin and himself against a backdrop of sand by the river, which is the same location previously seen in a photo of BTS from their “Running Man” filming. Jin’s real name is Kim Suk Jin (also spelt as Kim Seok Jin), and so Ji Suk Jin writes as the caption, “Suk Jin and Suk Jin.”

He goes on to say, “It was a pleasure to meet Suk Jin from BTS, who I’ve wanted to meet someday.”

Jin will be appearing alongside his six fellow BTS members in the special 300th episode of “Running Man” next Sunday!

Are you excited to see BTS on “Running Man”?