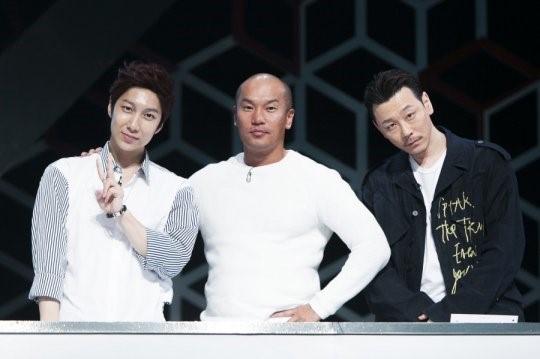 Shinhwa members Shin Hye Sung and Lee Min Hoo had previously been cast as “facilitators” who will help guide the boys throughout the entire show.

“Boys24” is the male version of Mnet’s successful “Produce 101,” dividing 49 boys into “units” every week. 24 will eventually be chosen to perform live concerts at designated venues for a year before another selection process picks the best unit to debut as an official idol group.

Vasco has been cast as the rap master. Vasco is known as the king of underground hip-hop and made his solo debut in 2004 with the album “The Genesis.” He also rose to the semifinals of the rap survival program “Show Me the Money 3.”

Ha Hwi Dong has been cast as the performance master and he is known as the “legend of b-boying.” In 2009, he was the first Korean to win the Dance Dynamite World Grand Prix in Japan, a world b-boying rally. He also won the Mnet global dance survival show “Dancing9.”

The production staff of “Boys24” stated, “The three masters had good chemistry from the start, immediately getting a sense of what the trainees could do and how they could improve. Along with the Shinhwa members, who will teach them teamwork, we are anticipating how the boys will grow on this show.”

*A previous version of this article incorrectly romanized the name Vasco.