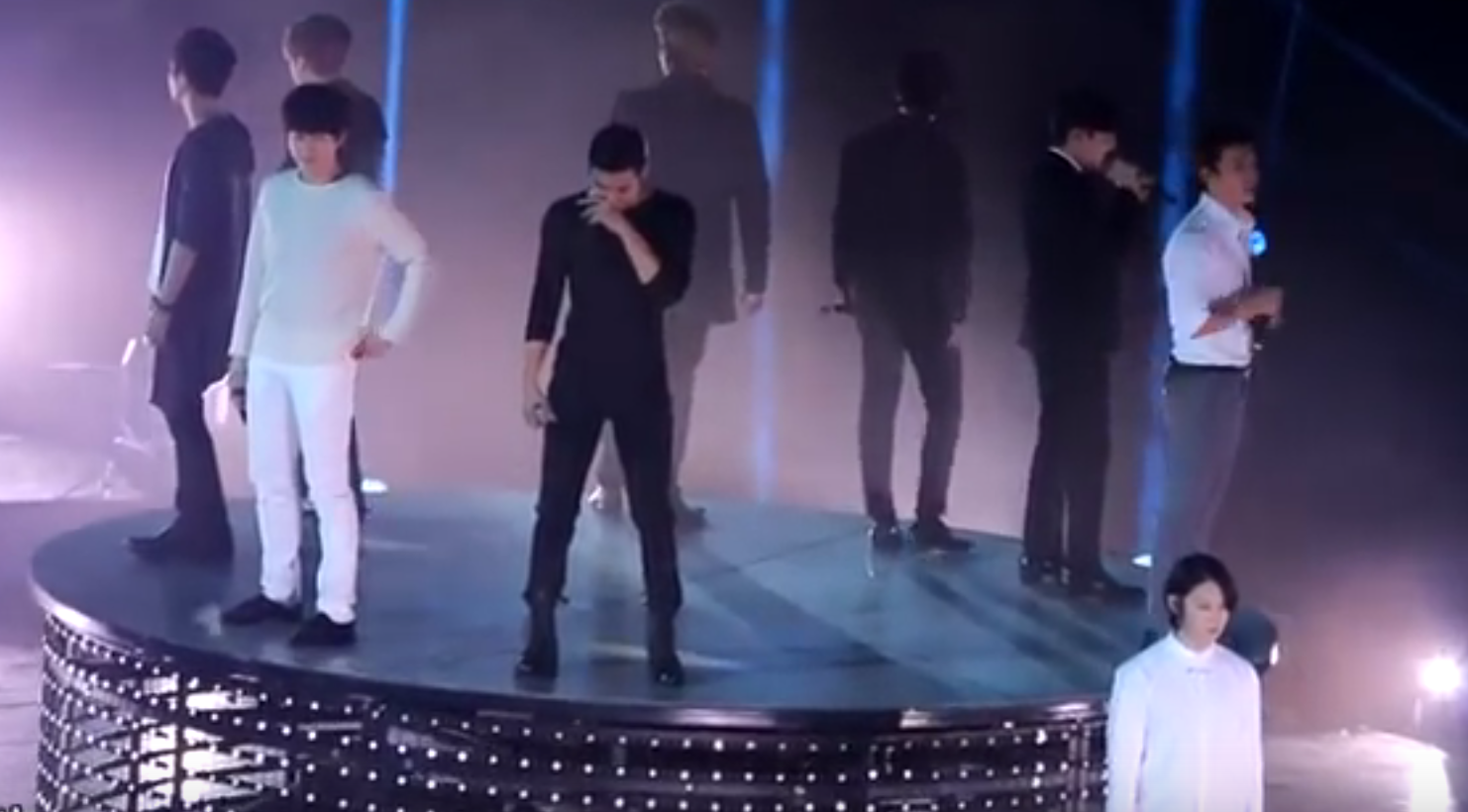 There are so many accidents that happen in the entertainment industry but here a few that are just so painful to watch, we can pretty much feel it too.

1. At Super Junior ‘s Super Show 6 concert in Beijing, while singing to Evanesce, all members go on the platform except Kim Heechul, who misses the cue.

2. Choa of AOA slips and falls due to a wet stage during the Suwon Science College Festival but laughs it off and gets right back up!

3. Kim Dong Wan of Shinhwa walks towards the fans on stage at a Busan concert, but due to poor lighting, falls off and ends up injuring his shoulder. He’s immediately sent to a hospital, and comes back with a sling on his arm and finishes the concert.

4. At the Angel Prince Festival, Girls’ Generation performs “Run Devil Run” until a scary situation happens with Taeyeon. A male audience member trespasses and pulls her off stage, with Sunny chasing right after them.

5. Soyu of SISTAR slips a few times while performing at the Hallyu Dream Festival 2015 due to a wet stage.  Hyorin also slips a few times near the end of performance. Both girls end up having a hard time leaving the stage.

6. Another SISTAR accident but this time with Bora taking a really painful fall that ends up fracturing her thumb also due to a wet stage.

7. Probably the most painful one of all to watch is GFRIEND performing at the 2015 Hyundai Eco-Driving Concert. Also due to a wet stage, members Yuju and SinB are seen falling with Yuju taking most of the falls.

Are there any other accidents you felt were painful to watch?

Shellbellz loves anything that is Korean! When she’s not busy chasing her toddler around, she likes to watch dramas while indulging in a sheet mask �de42