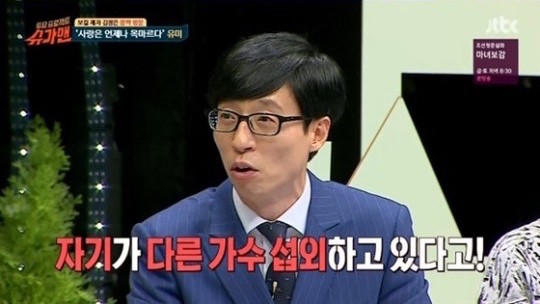 During the May 17 episode of “Sugar Man,” actress Kim Jung Eun makes a surprise appearance on the show for singer Yoomi.

While on the show, Kim Jung Eun shares that she consulted Cha Tae Hyun, who previously appeared on “Sugar Man” on how to make her appearance.

“I contacted Cha Tae Hyun and told him that I wanted to sit in the audience seating area and turn on the light, but he said, ‘Nuna, that’s not how you do the program,'” she says. 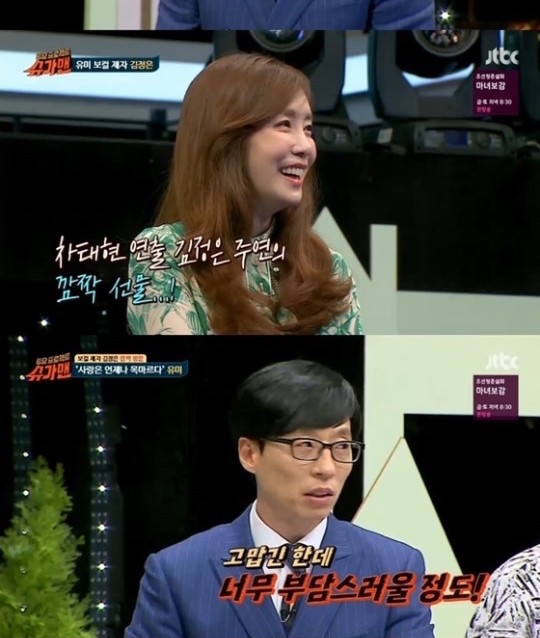 “He said I should jump out.” Kim Jung Eun says. And Yoo Jae Suk chimes in, “Yea, that’s how he made his appearance on the program.”

“I mean, does Cha Tae Hyun have a stake in this program or something?” Kim Jung Eun asks jokingly. 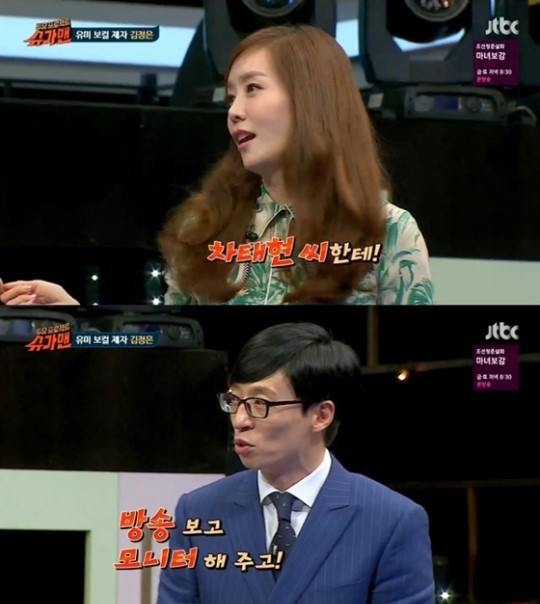 Yoo Jae Suk responds, “Yea, I get flustered because Cha Tae Hyun watches the broadcast and monitors me. He told me that he told Kim Jung Eun to sing. Cha Tae Hyun was the one that prepared this.”

“I’m thankful but it’s also burdensome,” he continues. “He texted me saying that he’s currently casting another singer [for the show].”